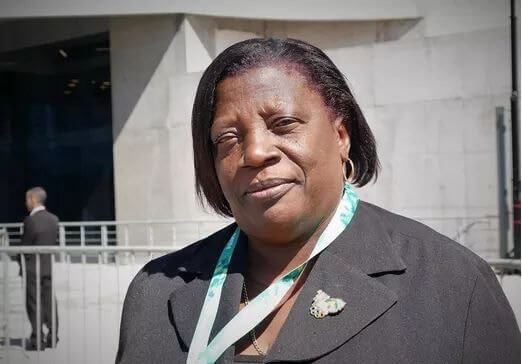 The controversial General Secretary of the Grenada Olympic Committee (GOC), Veda Bruno-Victor has retained her position in election held Saturday in the corruption-plagued sporting body.

Well-placed sources told THE NEW TODAY that Bruno-Victor, who is under a cloud following an investigation into alleged financial wrongdoing by an internal group, managed to secure 20 votes as opposed to seven by her rival, Sports journalist Ray Roberts.

A report from the Finance Committee under the Chairmanship of second in command, Ralph Lord had singled out the GOC General Secretary for alleged financial irregularities following the organisation’s failure to account for an estimated EC$440, 000.00 given as a grant by Olympic Solidarity (OS), an arm of the International Olympic Committee (IOC) for the development of sports in Grenada.

According to the leaked report, Bruno-Victor was identified as the person who sent employees to the bank to take out thousands of dollars and not leaving behind a paper trail on how the funds were used.

Representative of the Grenada Amateur Athletic Association (GAAA), Charlie George (14) won by one vote over Bunny Wilson (13) of the Boxing Association to become the new President of GOC, replacing the 83-year old Royston La Hee who has been running the organisation for about 39 years.

President of the Grenada Football Association (GFA), Chenny Joseph also had a 14-13 victory over Aaron Moses of the Athletic Association for the post of 1st Vice-President while Ralph Lord came out on top over outgoing 2nd Vice-President, Ralph James 15-12 in the balloting.

THE NEW TODAY was told that the GOC outgoing Treasurer, Kingsley Ashby who was under a cloud over the unaccounted for OS funds withdrew from the race one day before voting and allowed Johnson Dion to win unopposed.

A few days before the election, the faction within GOC that was opposed to Bruno-Victor felt that it had managed to secure 13 solid votes but on Election Day several persons who had given them assurances voted in the end for the General Secretary who was engaged in heavy campaigning to remain in the post.

A source who did not want to be identified told THE NEW TODAY that some of the 13 definitely did not vote for Roberts in his quest to unseat the General Secretary who is regarded as the real power house in the local Olympic body.

“The reality is that those guys looked like they changed their minds on the day,” he said.

According to an insider, it became clear from the first contest for the position of President in which George defeated Wilson that Bruno-Victor and her allies would not be easily removed from control of GOC.

He said: “From the time I see Bunny (Wilson) lost I realise that we’re in trouble. In the end men just decide to go back with the old guard. I was stunned to see Bunny lost. We thought that (victory for Wilson) was predictable.”

“I understand that she (Bruno-Victor) did a lot of campaigning –she promised a lot of things. I hear that she was calling up until midnight last night (to secure votes),” he added.

The source went on: “She had a machinery where she was prepared to treat whoever was prepared to be treated. Honestly, I am surprised at some of them (who voted for Bruno-Victor). I really thought that a few of them had a little more scruples.”

The General Secretary is known to be the person within GOC to play a key role in the distribution of funds to a number of sporting bodies in Grenada.