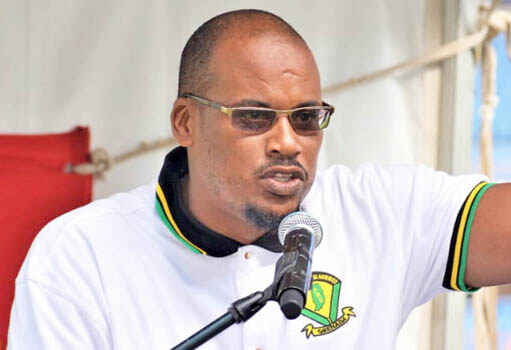 The ruling New National Party (NNP) government of Prime Minister Keith Mitchell is being called upon to change its narrative that “paying the pensions will destroy the country,” and to demonstrate a “more conciliatory tone” to address the issue going forward.

President of the Public Workers Union (PWU) Brian Grimes advanced the argument in an interview with THE NEW TODAY last Thursday, where he called out the agents of the ruling regime, whom he said have used “rallies, and other places to speak ill against the labour movement and its leaders.”

High court judge Justice Raulston Glasgow in a landmark ruling last month paved the way for public sector employees to be paid a State pension which they were denied since 1983 with the passage of the Pension Disqualification act by the People’s Revolutionary Government (PRG) of late Marxist leader, Maurice Bishop.

Grimes said that he and other Union leaders stand stronger in their stance for public servants to be paid their well-deserved pension that has been outstanding for close to 40 years, and now upheld by the High Court ruling handed down in their favour against the government.

“…You cannot in one vain call for consultation, unity, and for the unions to come to the table with a peaceful disposition, and be at rallies, and other places speaking ill against the labour movement and the leaders of the labour movement.” he said.

“…On one end there is a call for unity, conciliation, for discussion but on the other end of the spectrum depending on the environment – a village meeting, a political rally, the union leaders and the labour movement (are) being painted as unreasonable and intending to destroy this country which is furthest from the truth,” he added.

Grimes went on to say: “…We are calling on the agents of government, for there to be on message, and that message is a unified effort to transform Grenada for the better, and to empower the working class by figuring out in quick fashion the payment of this just judgement from Justice Raulston Glasgow.”

The PWU did not attend the first meeting called by PM Mitchell two weeks ago to discuss the pension ruling.

Grimes who expressed concern with the government’s use of “devisive language” regarding the pension issue and affirmed that the union is “not adverse to dialoguing at the table.”

Although Prime Minister Mitchell has confirmed that his government will not appeal the ruling, he has consistently reiterated the detrimental long-term impact that it is estimated to have on the country’s economy.

During his most recent national address, the Prime Minister announced the setting up of a pensions committee, headed by Economist Dr. Patrick Antoine, which will be tasked to make recommendations to the government on the way forward within a 3-month period.

According to Grimes, the PWU is “not impressed” with the announcement to set up a pensions committee, and expressed the view that “PM Mitchell has held the reins of leadership of our country for a number of years and has been around when the courts have ruled” on different aspects of pension.

“We know that the Pension Disqualification Act (PDA) was struck down in 1998, with Irvin McQueen in 2012, with Hermilyn Armstrong-Cox, and in 2022 re our class action suit. So, it is undoubted that (with the) PDA that the Government of Grenada has been hiding behind, (it) is illegal, and unconstitutional,” he said.

“So, knowing that the matter was in court again since 2019, would you not expect that there should be fiscal, prudent preparations for if the judgement doesn’t turn out in your favour…”, he added.

With the announcement that the government will not appeal the ruling, Grimes said the PWU is “prepared to give input as to how we can implement this together… once the other criteria that we have asked for as an organisation to sit with them is fulfilled.

We look forward to that dialogue but not an extensive one,” said the PWU boss, who called for the government to address the concerns raised by the Union to create an environment where they can then sit down to discuss the best way to go forward.