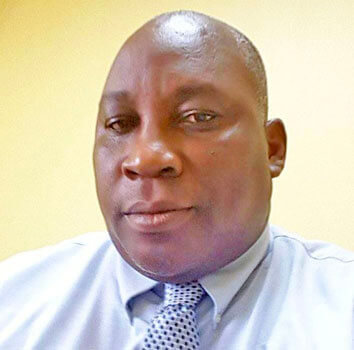 As the main opposition National Democratic Congress (NDC) mounts its 2022 election campaign, a firm promise has been made to pay the outstanding pensions due to public servants “within the first six (6) months” if elected to form the next Government of Grenada on June 23.

This assurance has come from the Cuban-trained Economist Dennis Cornwall, a former Deputy Director-General for Budget and Fiscal Policy in the Ministry of Finance, who has been selected by Congress to be its candidate for the rural St. Patrick East constituency against the incumbent, Pamela Moses in the upcoming general elections.

“My government will pay the outstanding pension due to public officers within the first six (6) months in office,” Cornwall told supporters at an NDC Unity rally held Sunday at River Salle in St. Patrick East.

NDC’s Political Leader Dickon Mitchell has announced at an earlier Town Hall meeting that a Congress government will borrow the funds at low-interest rates from commercial banks, and other financial institutions in Grenada and in the region to meet the state’s obligations of over half-a-billion dollars to civil servants.

It has been two (2) months since High Court Judge, Justice Raulston Glasgow handed down the landmark pension ruling against the government and in favour of public servants who were denied pension payments for nearly 40 years due to the Pension Disqualification act passed by the 1979-83 left-leaning People’s Revolutionary Government of late Prime Minister Maurice Bishop.

The PRG had suspended the Grenada Constitution when it seized power in a coup d’etat against the elected Eric Gairy government and outlawed pension payments following the establishment of the National Insurance Scheme (NIS) in 1983.

After its defeat in court on the pension issue, Prime Minister Mitchell told the nation in an address that he was setting up an Advisory committee on pension with the mandate to make recommendations to the administration on payments within a 3-month period.

In the face of the NDC promise to pay the pension, Dr. Mitchell used the platform of the NNP at its rally Sunday at the Morne Rouge Playing Field in Grand Anse to take a swipe at Dickon Mitchell and labeled him as being a “dunce” on the pension payment promise issue.

“The question is – is this corporate lawyer promising to borrow monthly to pay this pension cost, and if so, how practical is this, and who is going to give him that money every month, and how is he going to pay it back?

This man dunce you know, dunce,” Prime Minister Mitchell said as he publicly ridiculed Dickon Mitchell’s proposal on how an NDC government will proceed to pay the outstanding pension to public servants.

“What would the implications and the debt to GDP ratio of the country will be? He (Dickon Mitchell) said (that) within 90 days of forming the government he will assess the cost of the pensions due to all public officers, as well as the cost due to workers who have passed away…and he will take a loan from (the) bank…hundreds of millions of dollars.

This man thinks pension is a one-off payment (but) pension is a continuous monthly payment…there is a retroactive cost.

How do you intend to service the new loans? What are the implications for the Public, and Finance Management act, and the Fiscal Responsibilities laws which we have agreed with? Sisters and brothers Crapaud will smoke we pipe.”

The long-standing Grenadian leader also questioned whether “borrowing to pay pensions will create jobs like that of borrowing to invest in the productive sectors” of the economy.

Dr. Mitchell told NNP supporters that his administration has a “plan to deal with the payment of pensions that we will announce soon.”

“We already have a good bit of the data…when we are ready, and that is soon, we will invite the corporate lawyer to come to the class, sit down and learn something…we shall properly address the payment of pensions and will do so responsibly…,” said the Prime Minister.

However, while the Keith Mitchell-led regime continues to cry wolf over the financial liabilities that would be incurred going forward of over EC$100 million on an ongoing basis for the next 10, 20 years, the Congress leader is of the view that the NNP administration has no intention of paying the pension.

Speaking at a recent town hall meeting in La Tante, St. David, Dickon Mitchell charged that “this is a government that habitually refuses to pay Grenadians when the courts rule in Grenadians favour.”

The NDC boss alleged that the NNP government, whose fiscal responsibility laws are based on recommendations made by international bodies like the International Monetary Fund (IMF), is making more revenue than was budgeted for as a result of the COVID-19 pandemic.

Customs duties, and VAT on the increase in the price of transportation of food” and the rising cost of freight which has increased by 300% since the pandemic.

It didn’t budget for that but it is making more revenue than it ever thought it was going to make as a result of COVID-19 while people are catching their backsides because the cost of food has gone up.”

Dickon Mitchell is confident that an NDC government will be able to honour the High Court ruling to pay the pensions with no questions asked while stating that “the people in the Ministry of Finance are Grenadians, they are competent and capable, and if given the opportunity they will do what is required…”

THE NEW TODAY understands that Congress has already put together a team of economic and financial advisors which is headed by a former banker with years of experience in the Ministry of Finance in areas such as Budgeting and Financial Management.

Another of its 15-member team of candidates is Lennox “Toes” Andrew who reached the rank of Deputy Permanent Secretary in the Ministry of Finance.