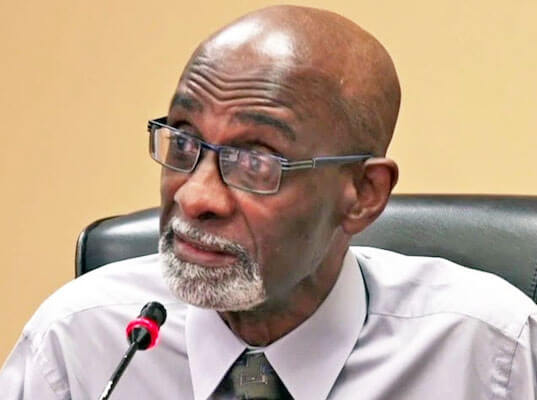 The Head of Grenada’s COVID-19 Advisory Committee has resigned.

Dr Bert Brathwaite, who led the Committee as Chairman since its formation just over one year ago gave up the post this week but is staying on as an ordinary member.

The Committee’s function is to advise the Cabinet of Ministers and the Government on the management of the pandemic.

While Dr Brathwaite is yet to comment publicly on the reason for his decision, THE NEW TODAY understands that he has had a tumultuous and volatile relationship with Minister for Health, Nickolas Steele, even to the point of exchanging very strong words.

According to our information the Committee has faced a difficult time because the Minister has reportedly ignored on many occasions the advice given allegedly in favour of his own decisions despite risk factors outlined to him.

Sources have said that the Chairman and the Minister have not seen eye to eye on major issues such as the reduced 48 hours quarantine period for vaccinated people entering Grenada.

Minister Steele is also said to have failed to heed advice on certain measures in August when Grenada’s first real wave of infection started which has resulted in the death of at least 200 persons including some of the country’s centenarians.

When contacted about the resignation of the top man on the National Advisory Committee, Minister Steele said, “we are in transition”, adding that Dr Brathwaite has given “yeoman service” to the country in the fight against the spread of COVID-19.

He said he would not comment further on the matter saying that it would be best if Dr Brathwaite was left to do so.

When asked about the appointment of a new Chairman, the Health Minister said he has already identified a candidate but would not name the person.

Dr Brathwaite has been an avid proponent of not only vaccination but also strict adherence to the basic health protocols.

THE NEW TODAY understands that on many issues related to keeping the people of the nation safe, the Minister of Health allegedly withheld the advice of the Committee when reporting to Cabinet while pushing his own agenda.

Several members of the Cabinet are also said to be on the outs with Minister Steele because of his attitude and decision-making regarding the Covid-19 crisis.

A few weeks ago attorney-at-law Jerry Edwin called for the removal of Steele as Minister of Health over his handling of the pandemic.