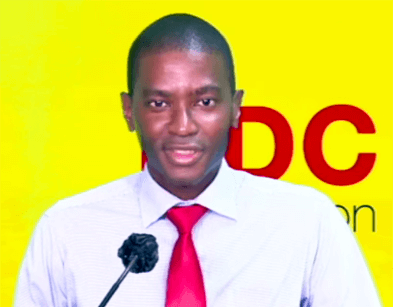 The National Democratic Congress welcomes the victory of the public workers and calls on the New National Party Administration to fully accept and commence executing the court’s decision.

On March 29, 2022, the Public Workers of Grenada, Carriacou and Petite Martinique secured a resounding legal victory against the anti-worker administration of the New National Party.

Judge Raulston Glasgow handed down a significant constitutional ruling in favor of our public service workers’ entitlement to pension and gratuity as enshrined in the 1958 Pension’s Act, and in the Grenada Constitution of 1974. It is one that we should accept and honour.

The case brought by the workers’ representative organizations — Public Workers Union (PWU), Grenada Union of Teachers (GUT), and Grenada Technical and Allied Workers Union (GTAWU) — sought to guarantee that ALL workers who retired from the Grenada Public Service as of 1985, as well as future retirees will receive their due pension and gratuity payments on retirement from the public sector.

The Learned Judge declared that the Pension Disqualification Act of 1983 (PDA), which provided that after April of 1983, these workers were no longer entitled to their public service pension and gratuity, was unconstitutional.

After the said Court decision, the political leader of the NDC, Mr. Dickon Mitchell, immediately reiterated the party’s founding principle of upholding the rule of law, by welcoming the Court’s ruling in favor of the public service officers.

The Political Leader called upon the NNP-led administration to respect the Court’s decision and move speedily to give effect by devising a fair and reasonable method to make payments to the retired and retiring workers.

He noted that “Our party remains firm in the belief that the time has come to end the long, dark days of uncertainty and diminished quality of life of our retired public workers. This ruling by our Court confirms the correctness of that view and drives home the urgency of the need for action”.

Emphasizing the need to respect the Court’s decision, The NDC leader, Dickon Mitchell, noted that “Public workers deserve better than being dragged into another round of legal entanglement. They have already suffered the indignity of being deprived of what was rightfully theirs for the past 38 years. No responsible government would seek to rub salt into their wounds.”

The Political leader made it clear that “ Our public servants and indeed all workers of Grenada deserve a pension upon retirement so that they can maintain decent standards of living, which contributes to building our nation,”.

The NDC is optimistic about the opportunities the restoration of pension would provide. Having pension restored would ultimately stimulate economic activity and place our economy on a path of sustainable growth. This would ensure that our citizens are better positioned to invest in businesses, pay off mortgages, send their children to university, and engage in other spending that will circulate throughout the economy. This, in turn, will create jobs, increase government revenues, stimulate economic growth, lessen the dependency on government for our daily needs and raise the self-esteem of our people.

We therefore call on the NNP-Led administration to stop looking for excuses and demonstrate the leadership that is required to take advantage of the opportunity presented by this Court ruling. In the end, our public officers will enjoy a better quality of life after retirement and our nation will be better for it.