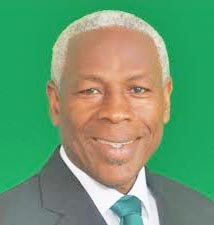 The Government of Grenada is reinforcing the rationale for its proposed deferral of the 4% wage/salary increase due to public officers for 2021.

The increase will add $13.2 million to the public sector wage bill, at a time when the Government is facing a significant drop in revenue, due to the economic impact of the COVID-19 pandemic.

In response to recent public pronouncements by one of the trade unions attempting to justify the demand, Government outlines the five main reasons why the deferral is necessary.

It is important to note that the Government did not initiate the buyback of GRENLEC. This was mandated by a court ruling following legal proceedings initiated by WRB, based on the provisions of the 1994 Share Purchase Agreement which allowed the company to claim force majeure due to changes to the operational environment of the energy sector.

Further, the money used for the GRENLEC repurchase was taken from allocations for capital projects. This money was provided largely through grants and soft loan funding and any attempt to use this for recurrent expenditure, will make the country ineligible for future support of this nature.

The fact that Government has been forced into this unplanned expenditure, at a time when revenue earnings are lower than expected, further undermines its inability to manage a larger wage bill at this time.

The public should also know that moves were already being made to garnish Government’s assets, both at home and abroad, which had the potential to affect Government’s ability to pay salaries or conduct any business whatsoever.

Additionally, given the level of pain and suffering being experienced by those who are unemployed as a result of the pandemic, Government has the additional responsibility of providing some measure of economic support for them.

The Government of Grenada recognises its obligation to honour the collective labour agreement that provides for the wage/salary increase but the economic fallout from COVID-19, is putting a strain on the country’s coffers at this time and therefore provides justification for the deferral.