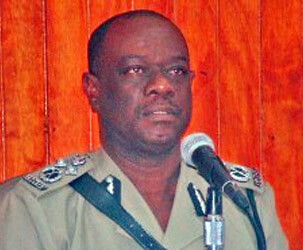 Former Commissioner of Police, Willan Thompson is back as Chief Executive Secretary at the head office of the Public Workers Union (PWU) in Tanteen, St. George.

According to a well-placed source, Thompson took up duties with effect from November 15 on contract.

He told THE NEW TODAY that the newly elected executive members of PWU had contacted the island’s former top cop to try and lure him back to the post.

He said that Thompson was interviewed several weeks ago but did not start work due to the Covid-19 virus which affected the island badly in the past two months.

Thompson has taken over the post from Susan Donald, a fulltime employee of the union who has been acting in the position.

The former Commissioner of Police who reached retirement age from the Public Service about five months ago had an earlier stint at PWU under the Presidency of Madonna Harford.

Thompson was removed as Commissioner of Police in 2013 by Prime Minister Dr. Keith Mitchell within hours of winning the 2013 general elections with his New National Party (NNP) outfit.

The chief cop challenged his removal from the post in court but was sent on assignment with the National Disaster Management Agency (NaDMA) which falls under the Office of the Prime Minister and also as Clerk of Parliament.

The PWU is said to have written to government requesting that Thompson be assigned to work with the union as its Executive Secretary.

A former executive member of the union said that Thompson is more than qualified for the job and performed admirable in his earlier stint.

On September 30, 2011, Thompson was appointed to act in the position of Commissioner of Police with effect from October 8, 2011 under the then Congress government of Prime Minister Tillman Thompson.

With Prime Minister Mitchell informing Thompson that he had no confidence in him, the Police chief applied to PSC for permission to proceed on vacation leave from March 3, 2013 to November 15, 2013 and again from May 15, 2014 to July 4, 2014.

On the morning of July 7, 2014, he reported to work at the Police Headquarters at Fort George where he was informed by the Acting COP, Winston James that he was in receipt of a letter from the PSC, transferring him to Parliament.

James handed him a sealed envelope from the office of the PSC addressed to him in his private capacity and not as a public officer, as is customary in the public service of Grenada.

Thompson left Police Headquarters for the Office of the Clerk, Office of Houses of Parliament, and met with Raphael Donald, the retiring Clerk of Parliament.

The former chief cop decided to challenge his removal in court and during the hearing told the sitting judge that he complied with the contents of the PSC letter because he feared that if he did not report for work he may have been deemed to have abandoned his office in the Public Service of Grenada.

The former COP was not satisfied with his purported transfer to the office of the Clerk of Parliament and on July 18, 2014 instituted an action in the form of a constitutional motion against the Attorney General and the PSC.