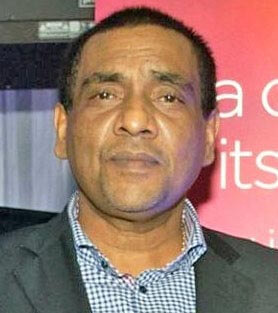 Your livelihood is going to be dependent on your status…as we roll forward into 2022, we will see more companies demanding their unvaccinated staff PCR test probably every two (2) weeks at their cost, not at ours. And we will probably get push back from the union movement, and the labour movement but if we are to seriously consider the safety of our environment, and our workers and what can happen, I can see that coming forward in short order.

That was the picture painted by the Private Sector Representative in the Upper House, Senator Christopher De Allie, who warned employed unvaccinated workers of the foreseen negative impact of vaccine reluctance in the workplace, during a recent sitting of the Upper House of Parliament at Mt. Wheldale in St. George.

The ruling New National Party (NNP) government of Prime Minister Keith Mitchell has supported the imposition of vaccine mandates at the workplace, although it has maintained that it will not pass a law to enforce mandatory vaccination, and continues to encourage a largely reluctant population to get vaccinated.

Less than one-third of the population on the island has been vaccinated against Covid-19.

Emphasising the importance of vaccination during a recent sitting of the Upper House, Leader of Government Business, Senator Simon Stiell issued a call for trade union leaders to address the issue of vaccine hesitancy in the workplace, citing the “binding context of our labour laws,” which gives prominence to the right of the employer to implement measures deemed necessary to provide a safe working environment, a right, which he noted “has been tested (and) established by the legal fraternity.”

Sen. Stiell was at the time debating a resolution brought before the Senate sitting by Labour Senator and President of the Grenada Trade Unions Council (GTUC), Andre Lewis, which sought to ensure that vaccination is not a condition of employment for existing workers.

Government representative in the Upper House, Sen. Cathisha Williams reiterated the understanding that even though “there is no law mandating vaccination” this “does not mean that the private sector is prohibited from imposing, mandating mandatory vaccination for the health and safety of their employees.”

“It simply means that it is unregulated. The law cannot regulate every single aspect of human life,” she told the House.

Vaccination against COVID-19 now dominates the employment requirements for existing and potential employees, due to the threat posed by the mutating coronavirus, which has led to significant loss of livelihoods.

Information has not been forthcoming as to exactly how many workers have been affected.

However, the Trade Unions have since engaged with the different employers at various levels calling for employers to pay terminated workers for their years of service.

Sen. Lewis has argued that while the importance of vaccination is understood, vaccination ought not to be mandatory.

The Labour Senator has consistently called for government’s intervention on mandatory vaccination by some businesses, maintaining the TUC’s stance that persons who are currently employed should not be required to vaccinate as a condition of employment because this represents a “unilateral change” to their contract of employment.

The TUC has also been advocating for the possible compensation for vaccine injury for employees who may encounter complications beyond the norm after taking the COVID-19 vaccine, and for “engagement and understanding,” for those who were already employed when the mutating coronavirus first struck the island in March 2020.