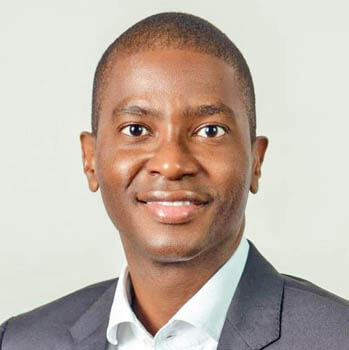 As Grenada approaches the June 23 general election, uncertainty has resurfaced surrounding whether or not the Keith Mitchell-led New National Party (NNP) administration will pay the millions of dollars in pensions owing to public servants, despite stating that it has no intention to appeal the High Court ruling that was handed down in March.

The Political Leader of the main opposition National Democratic Congress (NDC), Dickon Mitchell is among those who hold this view, which he publicly expressed while addressing supporters during a Town Hall meeting at La Tante Junction in St. David.

Recalling the government’s announcement on the high court pension ruling in favour of civil servants, Dickon Mitchell noted that the only comment he heard from Prime Minister Keith Mitchell is that he will not appeal the judgment.

“He (PM Mitchell) didn’t say, I am paying the pension,” said Dickon Mitchell.

Stating that “people’s reputation, and behaviour precedes them, the NDC leader stressed that “this is a government that habitually refuses to pay Grenadians when the courts rule in Grenadians’ favor” and cited cases like that of former Cabinet Secretary Gemma Bain-Thomas, who received a High Court ruling against the government in her favour a few years ago, and is still awaiting payment.

The Congress Leader also used the opportunity to point out that “after 38 years of being a Member of Parliament, and 24 years of being Prime Minister, the incumbent leader has never had an idea or a suggestion about making things easier for the working people of Grenada,” and gave assurance that an NDC government will honour the pension judgment, which is being purported by the ruling regime, as having the potential to cripple the economy.

“So, the public servants, those of you who are entitled to your pension… we (the NDC) are not mixing words, telling you if, but, perhaps, or maybe. We are not telling you we are going to hire any special advisory committee. The people in the Ministry of Finance are Grenadians, they are competent and capable, and if given the opportunity they will do what is required…So, the choice is clear you give the new NDC the opportunity to pay your pensions, it is simple as that,” Dickon Mitchell told supporters.

Last month, Prime Minister Mitchell announced the setting up of a committee that will have three (3) months to give recommendations to the government on the way forward in light of the recent high court ruling in favour of public sector employees who were denied the constitutional right to claim a government pension for almost 40 years.

This announcement had given rise to a widespread debate with Political activist Kem Jones chiming in to express the view that the government-appointed pension committee will serve as a “delay tactic or strategy not to pay the pension.”

Addressing the issue on the Eagle’s Eye Talkshow radio programme on Monday, two (2) days after the Prime Minister announced the highly anticipated election date at a political rally last Saturday, Jones charged that “this man (PM Mitchell), knew that he was going to call the election within that timeframe because he announced that three months was going to be given to this sham committee…”

Jones, who held on to the view that the government should honour the High Court pension judgment in short order, also said that PM Mitchell called the election months before it is due “with the “hope to win.”

“And, God forbid if that happens, they will say the committee found that the country is not able to pay…that was the strategy all along – it was his (PM Mitchell’s) strategy from day one (1),” he quipped.