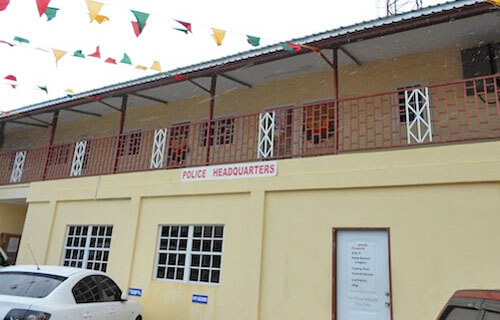 The Public Service Commission (PSC) is coming under fire for allegedly allowing a member of the High Command of the Royal Grenada Police Force (RGPF) to remain on the job after he has accumulated over 400 days of holiday.

According to well-placed sources, the top cop should have been sent on pre-retirement leave several weeks ago since the leave due to him is more than the time remaining to serve as a member of the police force.

“The Public Service Commission is just biased in the ways in which they do things,” said a top cop who did not want to be identified.

He told THE NEW TODAY that the PSC, headed by former Cabinet Secretary, Beryl Isaac is fully aware of “the amount of leave inside for the member of the High Command who is known to be closely aligned to the ruling New National Party (NNP) administration of Prime Minister Dr. Keith Mitchell.

“They (PSC) must have seen that he has this amount of leave in his possession providing that the government is looking to pay him as they have paid those close to the Prime Minister,” he said.

This is an obvious reference to the quarter million paid to those members of the Security Detail of the Prime Minister several months ago for not taking their holidays over the years.

Dr. Mitchell defended the payment on the grounds that these are the only officers in the force that he trusts with his life.

According to the police insider, the situation is cause for concern because when other police officers write for leave, they are often told that they have to take extra leave because of the amount of leave they have accumulated in the service.

He said that some officers were sent letters to take leave on the grounds that they have exceeded the amount of leave and some of the letters were written by that member of the High Command.

“…He himself would have sent out these letters… but he himself dey sitting comfortably and not taking his leave. How can you enforce laws on others and you’re not enforcing it on yourself?

“The Commissioner himself sitting up there should know better and that that is the case and take a stand on it.”

The top cop told THE NEW TODAY that they have documentary evidence based on court records involving the Police High Command member that he will be 60 years old in 2023 and that the amount of leave that he has would take him beyond his retirement.

“The amount of leave that he has is more than a year,” he said, adding that it is over 400 plus days leave inside which is over a year.”

The senior police officer dropped hints and said it is quite possible that if the state agrees to pay the High Command member for his leave then that individual stands to benefit from “a substantial” amount of money in the region of EC$100, 000.00 to be paid by government for the accumulated leave.

The High Command member was sent on leave during the 1990-95 period in government of the Congress administration of late Prime Minister Sir Nicholas Brathwaite following allegations of wrong-doing in the line of duty.

He was cited for “purchasing” a vehicle while a member of the Criminal Investigation Department of the police force from a reputed drug lord in the St. Andrew area.

However, within months of the NNP coming into power, the police officer was taken back into active duties and gained rapid promotion over the years including landing a position in the High Command of the force.

THE NEW TODAY cannot independently confirm reports that the controversial officer was being considered for the top post of Commissioner of Police when Winston James exited RGPF.