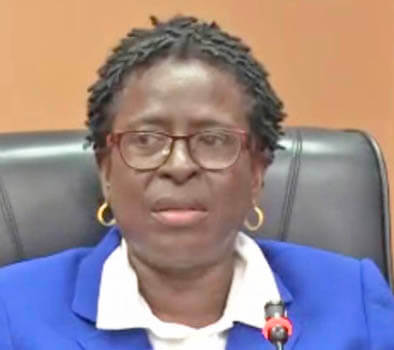 Dr. Clarice Modeste-Curwen - is excited about the tourism prospects and potential for economic growth with the clash between West Indies and England

The Government of Grenada is optimistic that it will see big returns on its EC$5 million investment to refurbish the Grenada National Cricket Stadium for the ongoing third, and final Apex Test match between the West Indies, and England, which bowled off Thursday morning.

Tourism Minister Dr. Clarice Modeste-Curwen has expressed excitement at the “potential for economic growth (and) a big injection into the economy” with increased arrivals expected from the United Kingdom Market for the international cricket event “at a point in time where COVID has also given us that reprieve so that we can also loosen up on the protocols so that more visitors can come to our shores.”

Addressing the weekly post-Cabinet media briefing in St. George’s on Tuesday, the Tourism Minister alluded to opportunities for Craft and Spice vendors, who she said “have felt the brunt of the negative impact of COVID” as some were not allowed to operate their booths during bubble tours because they did not take the COVID-19 vaccine but “would now have an opportunity to generate some revenues.”

The 5-day match is also being used by the Grenada Tourism Authority (GTA) as an opportunity to market and expose the destination, and the highly anticipated return of Spicemas in August, after a two-year hiatus as a result of the pandemic.

This, Dr. Modeste described as the “perfect coming together of events that favour tourism, and visitors coming to experience Pure Grenada, the spice and the gem of the Caribbean.

“When I checked with the authorities between Sunday and Monday, we had over 1, 700 visitors coming to our shores. So, we are looking at pre-COVID times, and maybe even bigger than pre-COVID times…,” she said.

“…The hotels are fully booked, some are overbooked, the car rentals are overbooked, they are oversubscribed…this will redound to the benefit…the rippling effect of this cricket will be seen long after I have left tourism,” she added.

As part of new measures that were announced Tuesday, unvaccinated persons can now have access to Queen’s Park to witness the test match, which was previously promoted as a fully vaccinated event, and is being held weeks ahead of the planned lifting of COVID-19 restrictions on April 04.

“I think the world is looking at us, and this would send a very strong message that not just cricket but the country is prepared to host at the very highest level. That we can engage, welcome, deliver a product that is second to none and leave the thousands of persons, our visitors and our nationals alike very happy on what was done,” Garvey told reporters.

“Let us show the world that we are cricket fans, we love our team and we will come out and support in large numbers,” he said as he welcomed cricket lovers at home and in the Caribbean.

The organising chair who admitted that “there is no way that we will be able to full the (over 14, 000 seat) stadium,” used the opportunity to raise concern over the lack of local support for Test cricket matches, which has not been able to attract large crowds compared to one-day 20/20 matches.

He referenced comments made by West Indies Team Manager, Grenada’s own former West Indies leg-spinner, Rawle Lewis, who “wasn’t very happy with the local support for the team,” when the West Indies played South Africa at Queen’s Park grounds, during the South African Tour.

Lewis, who also headed the panel of guests at Tuesday’s post-Cabinet press briefing used the opportunity to encourage locals to come out and support the game.

“I’ve been on many tours where the stadiums have been empty, and I could tell you, it’s not good for me, the players, (or) for anyone. If you looked at the first two (2) matches…now that we have crowds back into the stadium starting with the T20 series in Barbados, it just feels like it’s something that you want to continue to do, and I want to encourage everyone to come out and support cricket, the visitors, and Grenada…,” he said.

According to Garvey, tickets for the decider match to end the 3-match series, and determine the winner of the Richards-Botham Trophy, named after former international players Viv Richards and Ian Botham, can be purchased online or at the box office, and are going at a “50% discount for Caribbean nationals under the age of 60,” while “persons above 60 will enjoy 75% off.”

“We saw in Antigua, and Barbados…the English were so powerful in their representation (and) I hope that Grenada will turn things around,” said Garvey who is “looking forward to seeing twice as many Grenadian, and Caribbean persons (at the cricketing event).”