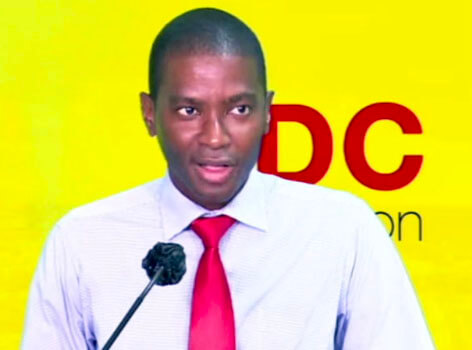 A government of the National Democratic Congress (NDC) will put more financial resources in the annual budget into Agriculture, according to the party’s Political Leader, 44-year old Attorney-at-law Dickon Mitchell.

Speaking at a Town Hall meeting at La Tante in his home town of St David, Dickon Mitchell told the gathering that if Congress wins the June 23 general election, it will seek to encourage “a new generation of farmers” into agriculture out of an acknowledgement that those involved in the sector are aging.

The newcomer to national politics also said that there is need to make land available for the next generation of farmers.

He stated that the price of land has risen tremendously especially in St George and St David due to the development of the hotel sector and in and around St George’s University (SGU) in the south of the island.

Dickon Mitchell noted that most Grenadians cannot afford to buy or acquire land anymore due to rising prices.

He said the island needs to ensure that the Government Estates remain in the hands of the State to make it accessible to the people of Grenada especially the young farmers.

Dickon Mitchell referred to neighbouring St Vincent and the Grenadines which is bringing in large quantities of fertilisers at cheap prices for their farmers as a practical show of support for the agricultural sector there unlike the situation in Grenada with the current administration.

He alluded to the fact that there is no separate water rate for farmers compared with other sectors of the society.

He said that there should be a special and designated rate from NAWASA for water sold to farmers for agricultural purposes.

According to Dickon Mitchell, this is a very important issue for the sister isle of Carriacou & Petite Martinique where their water supply is always in short supply and the availability of water and irrigation are keys to farmers.

The NDC leader stressed the need for the use of improved technology to aid in the development of the agriculture sector.

According to Dickon Mitchell, there is technology currently in existence such as aquaponics and hydroponics but “it requires us to teach it in schools, it requires us to make it exciting and interesting because it is the application of Science and Apps to ensure that the next generation of farmers get involved in supplying and growing our food.”

The Congress boss also disclosed that agro-processing is high on the agenda for a Congress administration.

He said that there are a number of simple things that can be done to aid farmers in the sector.

Dickon Mitchell indicated that the trucks used by Grenlec and Flow to put up lines on utility poles can also be used after the work day is completed to do these kinds of tasks for farmers including on weekends.

He said it comes down to whether one wants “to become innovative or creative” in trying to help “solve some of the challenges that we face for farming.”

He chastised the government for not developing a national agricultural plan for replanting spices like cloves, cinnamon after Hurricane Ivan devastated the industry in 2004 unlike what happened when an earlier Hurricane Janet swept through the island in 1955 and resulted in the authorities engaging in the replanting of the lush Grand Etang forestry area.

He recalled that bananas were introduced as a short-term cash crop to help farmers put money into their pockets while nutmeg and cocoa trees were being replanted after Janet.

The NDC leader pointed out that the island is losing millions of dollars due to its failure to export golden apples to the lucrative US market.

He said that he was told by someone involved in the trade that “the market for golden apples is $16 million a year but we’re not exporting golden apples (because) there is some disease that affects the golden apple.

I am told that all we need to do is soak the golden apple in warm water with a particular cleaning liquid and we will be able to export the golden apple,” he told the gathering.

“Is the ministry of Agriculture helping farmers with that? Do farmers even know about that? Do we even know that there is a market of $16 million for Golden apple? That is what am talking about,” he said.