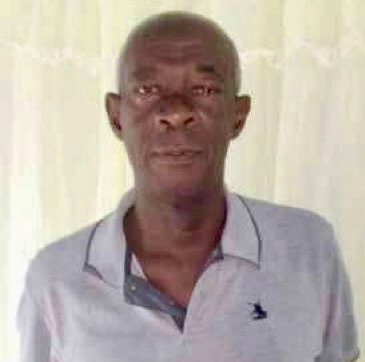 A Guyana-born seaman is hoping to collect EC$21, 000.00 owed to him in salaries and settlement with the small tourist pleasure boat known as the Windjammer which is operated by the Mandelay group.

Lennox King spoke to THE NEW TODAY on Wednesday about his plight with the boat which has been in Grenadian waters since March 2020.

He said the Windjammer is apparently facing a number of legal battles and has been “arrested” by the Grenada Ports Authority.

Checks made by THE NEW TODAY indicate that the Windjammer which is berth in the outer harbor of Port St George is one of those vessels of cruise companies that are shutting down for good due to the impact of the coronavirus pandemic.

The one-ship firm has posted a notice on its website and social media pages saying it’s out of business.
“We cannot see a path forward for our operation,” the company said in the notice. “COVID-19 has been a devastation to our business that we don’t see a way to recover from.”

In the notice, Sail Windjammer noted that Mandelay – a large, three-masted schooner that can hold up to 72 passengers – recently suffered damage that needed repair, adding to the company’s financial burdens.

“We gathered all repair and maintenance estimates, costs and our financial position to evaluate how we could move forward financially,” the company said. “We have tried everything possible to figure out how to continue this past week.”

Sail Windjammer added that “not qualifying for any small business loans along with 10 months of no income has crippled our operations.”

Like many cruise companies, Sail Windjammer hadn’t operated any departures since March 2020 due to the pandemic.

First unveiled in 1923, Mandelay was constructed as the private yacht Hussar (IV) for one of the wealthiest couples in the world, the American financier E. F. Hutton and his wife, Marjorie Merriweather Post.

Built in Denmark and featuring a famously hardy, wrought iron hull, it was one of the fastest yachts in the world in its heyday. It broke the trans-Atlantic speed record for a yacht on its first crossing of the Atlantic, completing the voyage in 10 days and 21 hours.

The vessel became a passenger ship in 1982, when it was refitted for pleasure cruising and renamed Mandelay. It initially sailed for a company called Windjammer Barefoot Cruises, which went out of business in 2008.

It’s been sailing since for Sail Windjammer since 2013. In recent years, it has been best known for cruises around the Grenadines.

The company didn’t say what would happen to Mandelay.

Following is the statement made by seaman King on the Mandelay issue:

The ship came into Grenada on March 19 last year – we get tied up with the Covid. The majority of the crew leave already but these are men who get repatriated back to their countries.

Money is our problem. We are not working to go to a lawyer to do what we got to do. We managed to talk to Mr. Arley Gill – he said that he will fight on our behalf but the last time I spoke to him he told me that the ship has been arrested but up to now I have not heard back anything from him.

She went to our personal lawyer and put a writ on the ship. Mr. Gill told me that the ship has been arrested which is true.

We did our case since in June and her matter in August and we were made to understand that her case will be tried in this October high court session and we ain’t see nothing for the crew (and their case).

So, I don’t know what Mr Arley Gill is doing. I just want to go and check him because we see an article come out … so she gone to the higher authorities with her big lawyer and we can’t go to nobody to represent us.

The amount of money they have for me is $21,000.00 for the period in salary and settlement and still counting – all now I have not signed off the vessel as yet.

I went to Port Authority and Mr. Clyne send me across to Ms. Abigail and when I went she told me that the ship was arrested. I don’t know what happened then.

The ship was arrested for salary settlement. I live permanently in Grenada – my house is in La Borie.