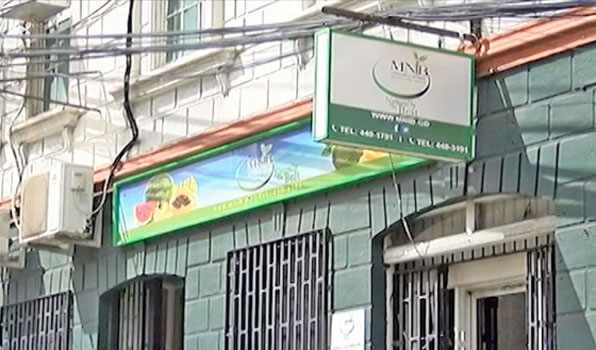 A female Caribbean national in Miami is prepared to inform the Integrity Commission, headed by female barrister-at-law, Anande Trotman-Joseph about her dealings with Ruel Edwards, the controversial former Chief Executive Officer (CEO) of the Marketing & National Importing Board (MNIB).

The woman who was not approached by the team of investigators from the commission made the comment following reports that the probe into the affairs of the Marketing Board was completed without Edwards being interviewed.

THE NEW TODAY understands that the female entrepreneur had a business relationship with MNIB that started under former General Manager, Fitzroy James and continued when Edwards took over at the helm.

There are reports that the lady had been purchasing tonnes of soursop and other products from Grenada for years.

However, she reportedly said that Edwards came after her on claims that she was owing the state body US$28, 000.00 and had retained an attorney to fight her in a Florida court.

“When I asked him (Edwards) for his paperwork to show that is true, you should see the type of paper he bring come – some of them black,” said the woman.

According to the female businesswoman, that was the end of the matter as the new MNIB boss was forced to drop the case.

“As far as I am concerned I don’t owe him that kind of money that he is saying. Every shipment he sent to me I always wire back the money to him,” she remarked.

The Miami-based businesswoman pointed out that the money sent to MNIB was always made out in the name of MNIB and not Edwards.

She spoke of still having in her possession copies of the various wire transfer of monies sent from Miami into the account at a local commercial bank to pay MNIB for products shipped to her over the years.

She said that when she showed Edwards her documents about the payments, he called off the meeting and never bothered her again.

The woman disclosed that if the MNIB investigators are interested they can approach the court in Florida for the case file as it is a public document under U.S law.

The business lady did not rule out the possibility of assisting the investigation team from where she lived but had no intention of coming to Grenada to give them information.

“I won’t come down there and do that,” she said.

The entrepreneur also reported that in recent times she did have a conversation with an employee at Marketing Board by the name of “Paul” who informed her that the records of the state enterprises showed that she still owes thousands of dollars.

She has expressed an interest in speaking with the new boss at MNIB to try and get her name removed as a debtor.

“I have all the papers to show how many times Amerijet brings the shipment – I have everything,” she said, adding that this also includes the amount of wire transfer of monies sent to the state body.

The female entrepreneur also disclosed that she is aware of another business person in the United States by the name of “Jordan” who owes MNIB over US$85 000.00 for non-payment of goods.

In addition, she mentioned a white businessman by the name of “Ziggy” who also had dealings with MNIB and might be owing the state body thousands of dollars for shipments of products.

One of the mandates of the Marketing Board was to find overseas markets for produce belonging to local farmers..