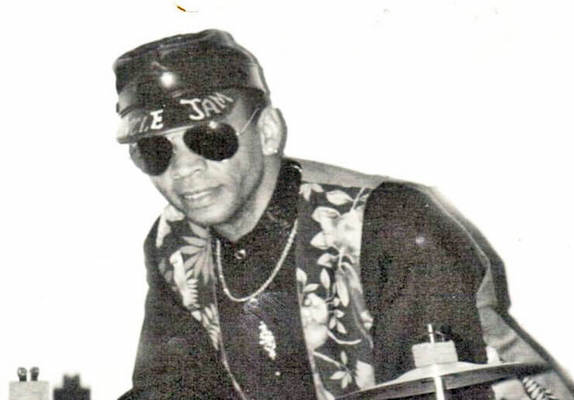 Over 40-years following the death of one of Grenada’s pioneers in the television broadcast industry, the children of Joe Pitt have been squabbling over his property.

High Court judge Raulston Glasgow has been called upon to give a ruling in a civil matter brought before the high court by two of Pitt’s children, Richard and Selwyn Pitt against their elder brother, Brian Pitt on the ownership of a property on Scott Street in St George.

Richard and Selwyn Pitt approached the court to block a bid made by Brian Pitt to get Possessory title of ownership on the grounds that he had occupied the property in keeping with the 12-year requirement of the law.

Justice Glasgow ruled against Brian Pitt and issued the following orders in the case:-

As a public service, THE NEW TODAY reproduce the Justice Raulston Glasgow judgment in the case:-

[24] On this score the claimants posit that pursuant to section 483(5) of the Companies Act, any liability of the directors, officers and members of the company during the period that it has been dissolved continue as if the company had not been dissolved. Consequently, Edlyn Pitt and every director of the company, including the defendant, Brian Pitt, continued to owe fiduciary duties to the company and in particular, fiduciary duties in respect of the preservation of its assets. The claimants rely on Re Systems Building Services Group Limited and Davies v Ford.

Section 27
“At the end of the period of limitation, the right of party out of possession to be extinguished At the determination of the period limited by this Act to any person for making an entry or distress or bringing an action, the right and title of that person to the land for the recovery whereof the entry, distress, or action, might have been made or brought within that period shall be extinguished.”

(1) The company was the proper party to oppose his application for possessory title and not the claimants;

(2) The company’s right to bring a claim for its property arose in 1981 when the PRG took possession of the property and that right was extinguished 12 years later in or about 1993;

(3) The evidence shows that the company took no action after being struck off the register to assert its paper title. Equally it took no action against the applicant when he took possession in 1995;

(4) The company has taken no steps to be joined as a party to this claim, even though it is aware of the same;

(5) The pleadings show that the litigation in this claim has been pursued by the claimants in their personal capacity and not on behalf of the company;

(6) There is no evidence of a directors’ resolution since the company has been restored in 2017;

[28] On this score, Brian Pitt recites his side of the story as to how the company was struck off the register, the property was appropriated by the PRG, the keys to the property were thereafter handed to him in 1995 and how he treated with the same as his own to the exclusion of the “rest of the world”. He points out that the claimants in their evidence acknowledge that he is in de facto control of the property and collects rent therefrom.

[32] There are 2 bases on which I disagree with Brian Pitt. I shall refer to them as (1) the Companies Act basis; and (2) the Possessory Titles Act basis.

The Company Act basis
What happens to the assets of a company when it is struck off the register and becomes dissolved?

What was the position of the directors once the company was dissolved?

[35] Brian Pitt takes the position that once the company was struck off, it was dissolved. Accordingly, the company became defunct and as such he, Brian Pitt could hold the property in his personal capacity. In fact, his case is more assertive than I have stated. His case is that he was put into possession when the keys were handed to him by the Government and he has acted as owner exclusively from the year 1995 without disturbance. On this score, Brian Pitt is, regrettably, mistaken. Section 483 (5) of the Companies Act states:

“(5) At the expiration of the time mentioned in the notice the Registrar may, unless cause to the contrary is previously shown by the company, strike its name off the register, and shall publish notice thereof in the Gazette, and on the publication in the Gazette of this notice the company shall be dissolved, but—

(a) the liability, if any, of every director, managing officer, and member of the company continues and may be enforced as if the company had not been dissolved; and

(b) nothing in this subsection affects the power of the court to wind-up a company the name of which has been struck-off the register.” (Bold emphasis mine)

And section 512 of the Companies Act provides:

[36] The conjoint reading of sections 483(5) and 512 of the Companies Act suggest to me that during the period when a company is struck off the register, the liabilities of its directors to the company continue. These duties include their continued fiduciary obligation to act in good faith with a view of the best interests of the company. In Re Systems Building Services Group Limited, Hunt and Anor v Michie and Anor6 Barber J observed instructively –

“…the general duties of a director of a company to the company set out in ss 171–177 CA 2006 do survive the company’s entry into administration and creditors’ voluntary liquidation. Whilst in office, a director continues to owe the company the duties laid down in ss 171–177 CA 2006, as applied and interpreted in accordance with the underlying common law rules and equitable principles on which such duties were based: ss 170(3) and (4).”

“(1) Every director and officer of a company in exercising his or her powers and discharging his or her duties shall— (a) act honestly and in good faith with a view to the best interests of the company; and

(b) exercise the care, diligence and skill that a reasonably prudent person would exercise in comparable circumstances.

(3) The duty imposed by subsection (2) on the directors of a company is owed by them to the company alone; and the duty is enforceable in the same way as any other fiduciary duty owed to a company by its directors.”

[38] Brian Pitt was a director of the company as at the date of its dissolution. Section 97 of the Companies Act placed a fiduciary duty on him as a director to act honestly and in good faith with a view to the best interests of the company. Sections 483(5) and 512 of the Companies Act suggest that the directors’ fiduciary obligation to the company to act in a manner that is in its best interest subsists, even though it was struck off and deemed to be dissolved.

[40] Brian Pitt had a continuing obligation to act in the best interests of the company even though it had been struck off the register. In that regard, he was duty bound to avoid all potential conflicts with his duties to the company. His assertion that he received the property as his personal property is a clear admission of an act that was patently in conflict with the best interests of the company. Brian Pitt ought not to have placed himself in such a position.

[41] In Davies v Ford & Ors, although speaking of the property of an insolvent company, the learned judge Johnson QC opined appositely that–

“268. …Although a company director may certainly breach his duties to the company by misappropriating its existing assets, that is not a pre-requisite. He may also breach his duties in other ways, not at all dependent on the misapplication of pre-existing corporate assets, for example by putting himself in a position of conflict and thereby making an unauthorised profit.

269. A good example is Re Bhullar Bros. Ltd [2003] EWCA Civ. 424, [2003] BCC 711. In that case, a company owned an investment property which was used as a bowling hall. Two directors of the company came to know that a plot of land next to the investment property was for sale, and they acquired it using another company which they owned and controlled called Silvercrest. They said that there was no breach of fiduciary duty in doing so because the company itself has shown no interest in acquiring the plot of land at the relevant time, and accordingly had not been deprived of any maturing business opportunity. This argument was rejected and the Court of Appeal affirmed the declaration made by the judge at first instance that Silvercrest held the plot of land on trust for the company. It was not necessary, in determining that there had been a breach of duty, to show that the company had some pre-existing interest in the opportunity in question. Jonathan Parker LJ said as follows: