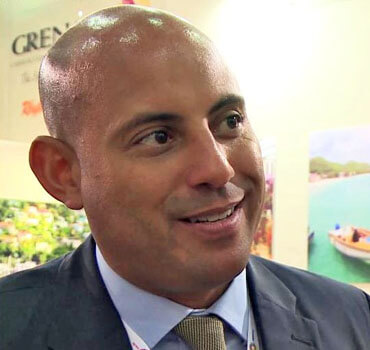 Sen. Simon Stiell: if employers follow SGU’s example and apply vaccine mandates at their places of employment there will be a much faster acceleration in the economic recovery of the country

The mandatory vaccination policy of St. George’s University (SGU) has been heralded as one of the key elements that will enable the return of full operations at the university’s True Blue Campus planned for August following a lengthy hiatus in on-campus engagements, at the start of the coronavirus pandemic in March 2020.

Speaking last week Tuesday on the “tremendous value” of SGU’s 25% contribution to the country’s Gross Domestic Product (GDP), Leader of Government Business in the Upper House of Parliament, Senator Simon Stiell lauded the University for the steps taken to enforce a “forward-learning science-based policy of vaccinating all who are involved onsite within the university.”

According to Sen. Stiell, “if other employers were to take that lesson, and apply that to their places of employment, we will see a much faster acceleration in the economic recovery of our country. There can be no clearer correlation between the relationship between vaccinating your workers, students (all) those within that economic bubble, and the vibrancy and the sustainability of economic activity,” he told the Lower House as he reflected on the many contributions that SGU has made to the country while presenting a resolution to make changes to the SGU/Government of Grenada Charter agreement.

To further emphasise his point, Sen. Stiell recalled “the losses that were incurred” following the departure of thousands of students, and faculty at the start of the pandemic, by locally-owned businesses, who are dependent on the operations of the University to sustain their businesses.

“…The bars, restaurants, entertainment venues that are frequented by the thousands of foreign students, and local students who attend the university, and the business ecosystem that has developed around that, and the significant economic benefits that spill off from that, and other local service providers who engage with the university on a daily basis.,” he said.

The government member stressed that whether it was the loss of taxable revenues coming out of this economic activity to Government “the impact that it has had on the nation as a whole was quite significant but fortunately we are seeing now the return of most of those students, and we are seeing and feeling the rebound that that is having on our economy both at a local level and nationally, and we will see those improvements accelerate as from August by this year.”

However, Opposition Senator Matthew Joseph, who supported the resolution used the opportunity to express concern that while “SGU is critical to our economy, it is probably too critical” pointing to the significant negative impact the discontinuation of onsite learning has had on the economy.

He advanced the argument that while “we cannot over emphasise the importance of SGU to this country” there is a need to “continue to assist and facilitate SGU at the same time we need to grow the economy. When SGU started, I think it was just about 20 students, and look at where they are now into the billion-dollar range. When they started, maybe, their input in relation to GDP was point something of a percent (but) now they grew to over 25% of GDP, and the other sectors of our economy continue to lapse.

“Now, what happens if SGU becomes 50% of GDP? Mr. Speaker, we know what happens when you hire the piper, who pays him calls the tune. I hope we are understanding. We have to look at the other sectors and build it up.”

Government Senator, Infrastructure Development Minister, Norland Cox rebutted the argument noting that “the growth of the university cannot, and would not happen independently on its own” as there are several critical sectors that support the operations of the university.

“Once the university grows, they (the other sectors) are also going to grow (and) in some cases there is a direct correlation between those sectors. So, don’t believe that one (1) sector would just grow and isolate. Once you have more students there is going to be a demand for more services, which means the services sector is going to grow likewise, (and there will be) more demand for goods, agricultural produce, requests for space, more electricity is going to be utilised. So, there is a direct correlation between those sectors and the growth of the university.” said Sen. Cox.