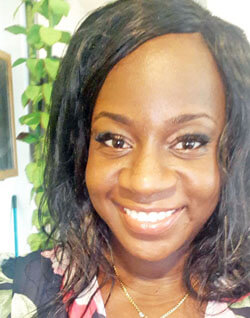 Michelle Alexander – one of the pioneers of the educational institute

Those were the words which came off the lips of young female activist Michelle Alexander, one of the driving forces behind an educational organisation that provides a second chance for young women who dropped out of secondary school for varying reasons.

Alexander is one of the players involved in a group known as BREDGE which means BRIDGEING REDISCOVERING EMPOWERING DEVELOPMENT IN GRENADIAN EDUCATIONAL ADVANCEMENT.

Speaking to THE NEW TODAY on Monday, she said that the group which has a cadre of volunteer teachers recorded an 86% pass rate in subjects taken by its students in the annual CXC exams.

She disclosed that the students sat 146 subjects and passed 127 with several of them getting 100% of their subjects.

Among the top students were Lynthia Joseph of the sister isle of Carriacou, as well as Nishika Alexander Christelle, Stafford Charles (St George), Chrissie Bertrand, and Amanda Baptiste from Happy Hill and Janelle Gordon-George and Hermlyn Richards (St. Andrew).

Alexander was successful in all 5 subjects, Joseph passed all 4 of her subjects and Gordon George got Grades 1 and 2’s in her 3 subjects.

The best pass rate in terms of subjects taken by students of BREDGE were Office Administration (37 of the 38 students passed), Principles of Business (POB) with all 32 students being successful.

BREDGE also offers students an opportunity to do Business Management, Sociology, Economics and Communications in the CAPE exams.

Alexander was also high in praise for the tutors and singled out for special mention Nakisha Welsh-John who had a 100% pass rate with her students, as well as 18-year old Skeete Mitchell from St Patrick, and Garvelle Stanislaus.

She said that online classes on the Zoom platform for the next academic year have already started and that 294 students have already been enrolled for tutoring.

She acknowledged that a lot of persons on the island have begun to show interest in BREDGE classes due to the impressive results this year.

According to Alexander, those students who sign up for classes get free tutoring from teachers and the only thing that they are required to pay is a financial contribution towards their SBA’s.

“There is no cost for teaching as all the teachers are volunteers,” she said.

In addition, Alexander stated that those students who cannot pay for their CXC subjects “we help them pay for it.”

Those students who are experiencing difficulties in their course of studies are afforded specialised tutoring from their volunteer teachers.

BREDGE, which was launched in July 2020 has a battery of 22 volunteer teachers and has pledged to change the educational landscape in the country.

The students are limited to writing a maximum of five CXC subjects.

The institute was able to receive financial assistance from the newly formed THE GRENADA MOVEMENT (TGM) of former ambassador Dr. Patrick Antoine which funded its office space and paid for the subjects of the students.

The initiative also got some financial assistance from the Kiwanis Club of St Andrew, Photo Max Studio on St. John’s Street in the city, and THE NEW TODAY.

Among the persons serving on the Board of Directors of BREDGE are calypsonian Finley Jeffrey (Scholar), the former Permanent Secretary in the Ministry of Education, as well as Dianna Jeffrey, and Gary Stevens.