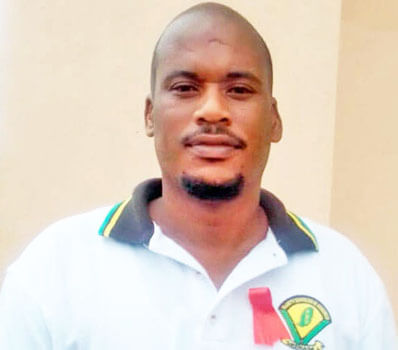 Finance Minister Gregory Bowen has confirmed that the Government of Grenada is working with the Department of Public Administration (DPA) to improve the employment status of public servants.

However, the senior government minister, who commented on the initiative during Tuesday’s post-Cabinet press briefing in St. George’s, said that the government is working to attract more economic development after the island was hard hit by the coronavirus pandemic and that measures to address the issue have to be taken “in keeping with the Fiscal Responsibility Act.”

The act was one of many recommended by the United States-based International Monetary Fund (IMF) to help stabilise the economy that was faced with a severe fiscal problem and to place the country on a path of sustainable growth and development.

According to Minister Bowen, the Number Two man in the ruling New National Party (NNP) administration, the regime is often constrained by the dictates of the act.

“It is enshrined in law that the percentage of GDP (Gross Domestic Product) taken up by remuneration to employees in the public sector cannot cross a certain maximum of 9% in that context, therefore, whatever the DPA will be doing would be along those lines,” he told reporters.

“We have embarked upon initiatives as far as possible, to the maximum that we can to help our workers, to help the population’s children and the youth to move further but in general we have to do it within means,” he said.

However, President of the Public Workers Union, Brian Grimes told THE NEW TODAY on Wednesday that “when it comes to human resource development, the powers-that-be on the island always use the boogieman of the IMF to say why they cannot develop Grenadians, and why they cannot give them permanent employment”.

“…We believe that is very disingenuous,” charged Grimes who pointed out that “the IMF is an organisation that is notorious for encouraging wage freezes, wage cuts, retrenchments, and privatisation.”

Noting that “not too long ago the government nationalised Grenlec to the tune of EC$200 million, and the money never stayed in Grenada,” Grimes contended that the monies left Grenada (and) the island still exists.

“And, what did the IMF do?” questioned Grimes, who is advocating for all contract workers to receive permanent status, which he believes is an “optimal option to grow the economy” as it would provide a structure to allow for periodic salary increases to meet rising inflation as well as social security.

Minister Bowen expressed the view that a $375, 000.00 loan fund facility put together by government through the state-run Grenada Development Bank (GDB) should help tremendously in alleviating problems affecting “our contract workers.”

He used the opportunity of the press briefing to urge those who qualify for the Government of Grenada/GDB concessionary loan to be timely with their repayments so that others can continue to benefit from the initiative.

“When you talk about a loan, the expectation is that the loan is repaid, and it’s a revolving fund. So, when we help you and you pay back we then help you friend, your family, and others,” chipped in the General Manager of the GDB, Mervyn Lord.

“So, I want each, and everyone not to focus selfishly on yourself but look at how we can benefit the entire population, the entire country, and to do so, when you pay back we are able to provide further benefits,” he added.

According to Lord, the GDB, which maintains the regional title of ‘Best Development Bank in the Organisation of Eastern Caribbean States (OECS) in terms of non-performing loans, with a ratio of 2.11% at the end of December 2021, “the majority of loans will be approved within the internal loan committee and the maximum time from application to approval is 10 working days.”

Lord pointed out that in the case of a mortgage “which is quite straightforward, it is quite possible that we can get a quick turnaround via round-robin means.”

The Ministry of Finance representative on the GBD Board of Directors Alister Bain indicated that “the funds should be available (for disbursement) within the next week or so” but said that loan approval will hinge on the applicant’s character, payment history, and ability to be financially prudent.

Bain stated that “one of the challenges” observed is that “persons sometimes bog themselves down with consumer loans resulting in some challenges for them when they attempt to access loans for longer periods and mortgage type and asset accumulation type loans.

“So, we would want to caution persons to take stock of their financing and to manage those. In addition to that, these are government funds, taxpayers’ funds, and as such we would want to ensure that it is properly managed so, character (in the sense of whether or not you have a history of repaying your loans) would be a big component of that type of assessment…,” he said.