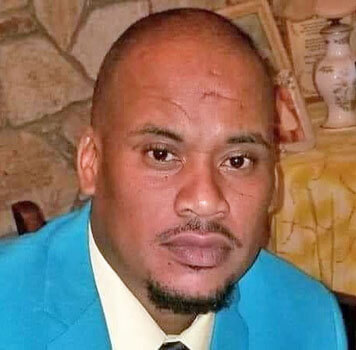 President of the Public Workers Union (GPWU) Brian Grimes has said that the union is yet to receive official correspondence from the Government of Grenada regarding the payment of pensions, made by Prime Minister Keith Mitchell during a political platform on Sunday.

Addressing party supporters at the La Sagesse Playing Field in St. David, Prime Minister Mitchell announced the government’s position that all entitled public officers appointed by the Public Service Commission (PSC), who will retire in 2022, at the legally accepted retirement age of 60, will be paid their pension during this year, and spoke of plans to budget payment plans for those who will retire in 2023.

The Prime Minister also announced a “phased approach” to the payment of the outstanding pensions owed and mentioned that he had a payment plan that will be unveiled soon.

In an exclusive interview with THE NEW TODAY last Wednesday, the PWU boss took issue with the fact that the announcement was made on a political platform, and pointed out that the Union through its lawyer sent correspondence to government on May 18, asking for “a demonstration of good faith on the part of the government to make payments to the retirees that came after the judgment or at least for the year 2022.”

“We are saying, and I want to reiterate that the position of our union is that this is business, and we conduct our business professionally, and these statements from the political platform cannot be taken seriously by me as the President of the Public Workers Union as set in stone,” he added.

Grimes went on to say: “And, I don’t have to go over the history of statements made on the political platform to Grenadians and it turning out to be zero in terms of truthfulness, and accuracy, it’s self-evident and to all who are paying attention to the affairs of the country.”

The union leader stressed that the Government of Grenada is “on a sort of escapade to try and delay this matter or kick the ball down the road with the setting up of pension committee and claiming that they have to evaluate figures and so forth.”

“…We are not saying that data and statistical analysis is not part of it but come on, let us be responsible and logical. This case was pending for years. This is a matter that has been outstanding for decades in this country and any responsible government would have taken the opportunity to have done a data analysis irrespective of their position whether they believe they will be victorious in court or not.

So all this talk about looking at figures and involving external stakeholders such as the IMF and the World Bank, this is a non-starter because the courts have ruled in this country on a constitutional matter.

“To be frank, it is frightening to see that we are probably going down a road here again where the government is looking to shrug their responsibilities regarding the court judgement, and the examples are many in our history,” added Grimes who stated that his union is “looking forward to dialogue and engagement on this matter, as we think it is absolutely necessary.”