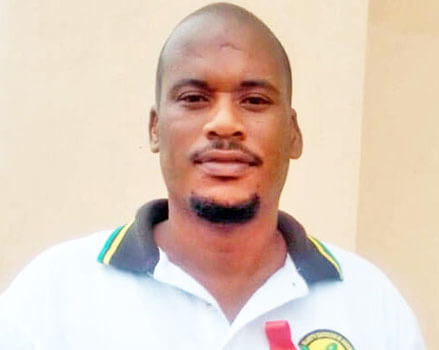 President of the Public Workers Union (PWU), Brian Grimes has called into question government’s approach to the distribution of the Christmas bonus payments to public servants, which he contends does not include the workers at the state-operated Grenada Industrial Development Corporation (GIDC), who have not gotten salary increases since 2018.

In an exclusive interview with THE NEW TODAY Tuesday, Grimes cited the “0% increase” recently offered to workers for the 3 years, 2019, 2020, and 2021, by the Government of Prime Minister Dr. Keith Mitchell which he said “belies what was stated in Parliament about being generous to workers” in the 2022 budget.

The union leader called for this category of workers to also be given the highly anticipated Christmas bonus payout.

Grimes expressed the view that “this insulting offer is compounded by the fact that there has not been any signage for these workers to get a bonus as the rest of workers throughout the service.

“This, the Union views as obscenely, unfortunate, inhumane, and needs immediate correction,” he said.

The PWU boss called on the government to “ensure that as the parent body of GIDC that a “respectable offer is given to GIDC workers for that back period 2019- 2021, and for them to pay bonuses, just as they have done to other workplaces and recent entrants into the public service like the Traffic Wardens and so forth”.

Grimes confirmed that although “negotiations (for salary increases) stalled in 2020 based on the pandemic…approximately two (2) months ago, the negotiating parties met around the table “and this shockingly poor offer was given to the Union.

“So, basically they are stripping these workers of their economic rights by not giving them a respectable increase (to) match inflation and to make up for the time that they have not gotten increases and they have not given them an offer for the bonus so we are asking for this to be amended and corrected as soon as possible in the name of equity and fairness, he remarked.

GIDC is run by a 10-member Board of Directors headed by female attorney-at-law, Leslie-Ann Seon and appointed by the Minister with responsibility for Finance.

While the GPWU President has applauded the government on its move to pay bonuses to workers and views it as “very deserving and great for the country’s economy, he condemned the government’s approach in a time when it is “speaking about cushioning the effects of the pandemic, and knowing that the inflation is high.”

Grimes had called for the judicious distribution of the Christmas bonuses, however, he stated, “what we have seen is that there are a few things that are called into question, and one (1) of those things is the way that the government has treated statutory bodies.”

Additionally, he used Tuesday’s interview with THE NEW TODAY to chide Education Minister Emmalin Pierre for boasting about the government’s ability to pay “extra $1 million” in outstanding increments owed to workers at the T. A. Marryshow Community College (TAMCC) by the end of the year as part of her contribution to the 2022 budget in Parliament.

According to Grimes, the PWU is “not of the opinion that this ($1 million payment) should be boasted on” as this only represents “75% of the increments (owed to the TAMCC workers) for 2016.”

“…The government owes for more years – they have 2019 (and) 2020…” he said while taking issue with the government for not paying interest on the monies owed to the workers for the last four (4) years.

“The payment of increments is not worthy of boasting because essentially it’s not the full payment and the workers are not getting interest after that long outstanding period…,” he said.

“…Those who have a rudimentary, a basic understanding of basic economics know that the time value of money that the workers got was a depreciated amount because the money does not have the same value based on inflation and other things…and they would have only gotten partial payments of what is owed to them,” he added.

Grimes went on: “As far as the Union is concerned we are happy that it’s a step in the right direction but is it worthy of boasting? That is the question, because the workers essentially have lost in that way.”

On problems facing workers at the T.A Marryshow Community College (TAMCC), the PWU head said, “there are about 100 workers approximately, that have not gotten any increment for years simply because they have reached at the top of their scale” as the institution “does not have provisions for period increases.”

Referring to the issue as something that the “union intends to change”, Grimes said it is the view of the union and many others that these workers whose “salary have remained the same for a number of years” and whose “standard of living has been dropping based on inflationary factors,” also “deserve a form of bonus at this point in time so that they can have a happy Christmas as the Traffic Wardens, and other workers within the public service.”

“…We are of the strong conviction that the government should fix this matter, and those workers should be given a form of bonus payment as other workers in the name of equity,” he told THE NEW TODAY.