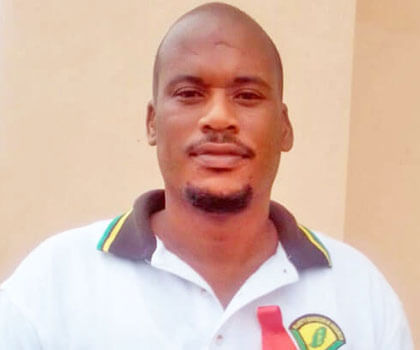 With the revelation of the Ministry of Health’s plan to enhance the delivery of primary healthcare services through the regularisation of healthcare workers, the bargaining agent for members of the fraternity is dissatisfied with the figures announced this week, and is of the view that “it’s simply not enough, in terms of the needs of the health sector.”

President of the Public Workers Union (PWU) Brian Grimes expressed this view in an exclusive interview with THE NEW TODAY on Wednesday, claiming that the numbers announced are “abysmally low” and described it as “putting a plaster on a bullet wound at this time” especially with the election just around the corner.

His comments come on the heels of announcements made by the Acting Permanent Secretary with responsibility for Hospital Services and Community Health Services, Hannah Julien-St. Paul, who told Tuesday’s post-Cabinet press briefing that moves are afoot to fill 50 nursing assistant vacancies “by the end of June,” through the regularisation of 42 nurses currently employed through GRENCASE, and eight (8), who are employed on Government of Grenada contracts.

She also spoke of an additional number of nursing assistants who are licensed for practice with the Grenada Nursing Council, who were trained during the period 2020 to 2022, and were expected to commence duties on Wednesday.

Chief Nursing Officer (CNO), Nester Edwards, who accompanied the acting PS at the press conference confirmed that there are a “significant number of vacancies within the system” comprising “55 staff vacancies, 42 nursing assistants vacancies at the three (3) hospitals, (and) 18 within the communities” while there are “22 vacancies for district nurses.”

The CNO used the opportunity to highlight the importance of having these vacancies filled to enhance the delivery of healthcare services across the tri-island state, pointing to challenges posed by an increase in non-communicable diseases.

“We must have the HR (Human Resource), and that includes nurses, and other categories of healthcare workers as well, the doctors, DMO’s (Duty Medical Officers), social workers (and) nutritionists, a whole primary healthcare team working together to improve the health of the nation,” she remarked.

However, an unimpressed PWU boss told THE NEW TODAY that “the government should be embarrassed to allow these public officers to go out there, and call out these numbers” arguing that there are several vacancies that outnumber the figures earmarked for regularisation this month.

While grateful for those who will be regularised, Grimes contended that “the ironic thing about what we heard is that the unfilled vacancies are way more than those they say are being regularised.

“So, it was a declaration of promises, and not tangible regularisation in my view…,” he added.

The PWU President argued that this issue of regularisation is outstanding, and “there is certainly capacity in the part of this administration to fill those vacancies….and the government of Grenada needs to do way better than what was stated.”

“We have several health sector workers in an acting position, and not confirmed,” Grimes charged, attributing this as “part of the frustration of workers in that sector (because) the government continues to contract them which eliminates the possibility of pension at the end of their tenure.”

“… I have not even heard about the regularisation of doctors, and the other workers,” he said, adding that “this NNP administration has been stone-deaf to the cries of healthcare sector workers…because they are not allowed to have upward mobility.”

CNO Edwards has expressed optimism that “if everything goes smoothly as we work together with the DPA (towards the regularisation of more nurses), to have most of the senior positions filled at least by the end of the year” and cited the “need to have the persons at the helm to manage patient care, manage the service delivery.”

The CNO, who spoke of the length of service, education, and experience as some of the factors that are considered in the regularisation process, went on to emphasise the need for training in this regard.

According to acting PS Julien-St. Paul, the Ministry has completed the training of two (2) batches of nursing assistants during the period 2020 to 2022, most of whom are licensed for practice with the Grenada Nursing Council and will commence duties effective Wednesday, June 01st.

She alluded to the approval of a 3-year Midwifery training programme for nurses, scheduled to “commence at the end of August, early September 2022, (in collaboration) with the T.A. Marryshow Community College (TAMCC),” which will see the upgrade of 60 registered nurses, targeting batches of “20 midwives each year.”

Additionally, she said that on completing the training course, the RNs will be “transitioning to what we call staff nurses, or double trained nurses” and disclosed that “there currently are vacancies on the Estimate of Revenues to accommodate all of the 60 persons after they would have completed their training to be regularised.”

The acting PS also used the opportunity to point out that while the implementation of the government’s attrition policy directive under the International Monetary Fund IMF-supported Structural Adjustment Programme (SAP) “has (negatively) impacted our nursing services and the delivery of healthcare,” the Ministry of Health, after evaluating the impact in collaboration with stakeholders had decided to treat nurses differently in regards to the ratio applied.

Noting that “the ratio used in nursing is one (1) – one (1)” instead of three (3) to 10, she said, this has “allowed the nursing department to fill some of the available vacant positions in the estimates of revenue.

This is also the strategy that guides the process for filling vacant positions, and is currently being utilised for the regularisation of our nurses,” added acting PS Hannah Julien-St. Paul, who reported that 91 nurses, and 28 nursing assistants have been regularised, over the last 6-year period.