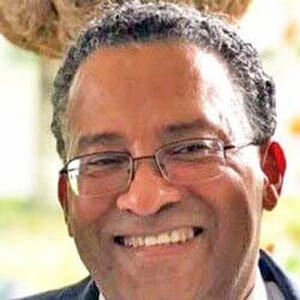 Geoffrey Preudhomme – trying to give new life to GULP

The controversial Interim Political Leader of the Grenada United Labour Party (GULP), Geoffrey Preudhomme has said that the group is not desirous of having former Opposition Leader Michael Baptiste involved with them in frontline politics.

In an exclusive interview with THE NEW TODAY, Preudhomme stated that Baptiste who won a seat on the GULP ticket in the 1995 general elections in not part of the new dispensation that is seeking to revive the fortunes of the island’s oldest political party which has been dormant in the past decade.

According to Preudhomme the strategic plan that has been unveiled by those in the effort to give GULP a new lease of life “calls for a few faces around GULP.”

“We don’t want any of the older faces in the frontline of it,” he said.

The US-based Preudhomme stressed that it is already a challenge to bring back the GULP back into the mainstream of the politics in the country and any involvement by persons the likes of Baptiste and others will be detrimental to its chances.

“If he (Baptiste) wants to help that’s great but we do not want to run any of our old candidates. We are looking for a fresh face in GULP and the Strategic plan that we have put in place calls for that and we have been adhering to that,” he said.

“It’s nothing personal or anything like that – it is just how the operational plan calls for us to start back up the GULP as a strong and dynamic party and it’s noble work, it’s hard work,” he added.

The GULP interim leader disclosed that the last time he had been in touch with Baptiste was a few weeks ago when he sent him condolences on the unfortunate passing of one of his daughters.

“Outside of that I have not had any real direct impact with him because our people are out there in the field working,” he said.

Predhomme was also asked to comment on claims made by Baptiste and others that he himself is not the genuine and authentic leader of GULP but was just posing in the position.

He said that he has been co-ordinating the affairs of the party ever since the last elected leader Colin Francis left the island in 2012 for the United States.

“I am only the Interim Leader. In our General Council meeting we agreed that if the party wasn’t built out enough that I would lead the party into the general election. That has already been agreed.

Related:  GULP will concentrate on 11 seats in the upcoming general election

“Baptiste has never been an Executive member of the party or nominated for anything.”

In response to Preudhomme’s attack, Baptiste dismissed him as a political non-entity who is looking for some attention.

He said: “Geoffrey is sick and needs help badly and quickly. He is a joker and very sick one. No one associated with GULP taking him serious – come election he will have an excuse why he not here. Have you heard or seen any signs of Preudhomme presence anywhere in Grenada?

The GULP interim leader told THE NEW TODAY that serious efforts are taking place to put organisational structure in place for the rebirth of the party.

Preudhomme disclosed that the last time GULP had any constitutionally organised Convention of the party was in March 2010 at the St John’s Anglican school.

He was also asked to comment on claims being made in several quarters of the country that GULP virtually died with its founding leader, the late former Prime Minister Eric Gairy.

He said: “We don’t mind the people saying that – that is why in order to bring back the GULP we had to have a Strategic Operational plan in a systematic way of how to do it over time and we have made significant inroads.

“…It’s not something that’s going to happen overnight. This is a 5 year, 10 year project and as we go along we are going to play the hand that we have each time as we go along. So we may not be exceptional this cycle (of the election) but next cycle we would be more than impactful.

We are doing it in a non-traditional way until we can come traditional. In order to be traditional you have to have the machinery and the infrastructure.”

The GULP has not won a seat to sit in Parliament since the 1995 general election through Baptiste (St Andrew South-west) and fisherman, Clarence Rapier (St. Andrew South-east).

Preudhomme indicated that the GULP is planning to field a full slate of 15 candidates in the upcoming general elections but will concentrate on winning only eleven.