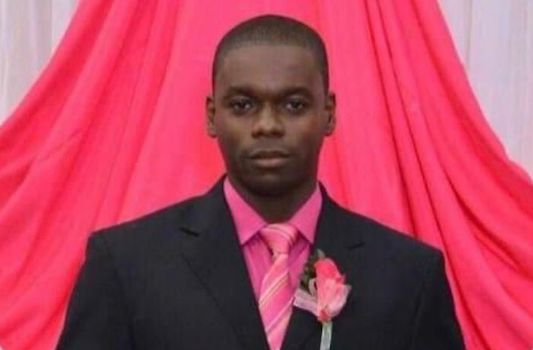 Cpl. Rodney George – died this morning after the incident on the playing field

Tragedy has once again hit the Royal Grenada Police Force (RGPF) with the sudden death today of one of its members.

40-year old Corporal Rodney George was rushed to the Princess Alice hospital in Mirabeau, St. Andrew after he collapsed while playing football with friends on the Paradise playing field.

RGPF has not yet issued any bulletin on the untimely death of its member who is attached to the Finance Department at police headquarters on Fort George.

However, several police officers contacted THE NEW TODAY expressing shock at the death of their young colleague whom some described as “intelligent”, and a “dedicated and committed” member of the Police Force.

Another police officer said he suspected that Cpl George was troubled in recent times after losing a police firearm that was assigned to him and was apparently taking it on.

He said he formed this impression after reading some of the text posted by the officer on his Status on Social Media.

“It’s like he’s stressed out, people giving him worries and thing … the possibilities exist that all that could have had an effect on him. You don’t know unless you did the post-mortem.” he remarked.

Cpl George has a brother who is attached to the Prosecution Department of RGPF.

He has also played football for the police team in national competitions.

The young officer got married recently and his wife is said to be an employee of the state-owned Grenada Electricity Company (GRENLEC).

Close to a dozen police officers died suddenly this year with at least two falling victims to the deadly coronavirus including Assistant Superintendent of Police (ASP), Byron “Donkey” Clyne.