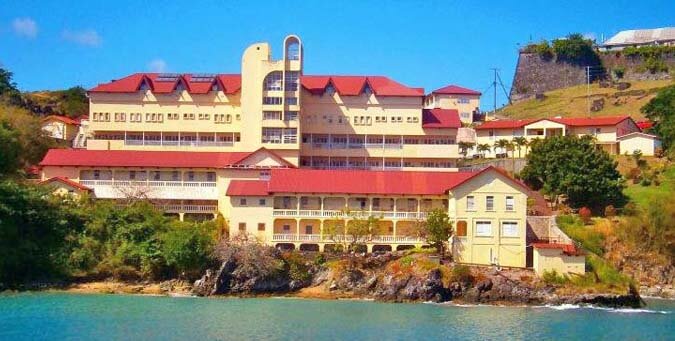 THE NEW TODAY can report that one policeman has contracted Covid-19 while a patient at the St. George’s General Hospital.

The officer who is attached to an important police unit in the city has been hospitalised for the past two months-and-a-half receiving treatment for a life-threatening medical condition.

When THE NEW TODAY contacted the officer on Thursday, he confirmed that he was a patient at the General Hospital when he contracted Covid-19 but was then released Tuesday evening to go home with his wife in isolation.

He said that while at the medical facility “the virus end up coming on me”.

“I was in the isolated place on top dey and then am home now,” said the officer who was referring to the former building used by the Criminal Investigation Department (CID) of the Royal Grenada Police Force (RGPF) near to the hospital and was converted into a quarantine facility for Covid-19 patients.

Speculation is rife that the authorities at the General Hospital are contending that the wife of the policeman brought the virus into the medical facility and passed it on to her husband.

The officer said that his wife was using public transport and travelled on the bus to come to the hospital to help take care of him.

“She came by me on Saturday, she wasn’t feeling well and I told her to go and check herself in Casualty and that is where they detect that she come down with the symptoms,” he added.

When told that the Hospital Authority cannot say that is where his wife contracted the virus, the officer said: “Well, I can’t say is dey she get it on the bus but I just assuming because she travelling on the bus.”

According to the police officer, both he and his wife are currently at their own home in isolation because of their Covid-19 status.

He said he wanted to believe that the Police High Command on Fort George was informed that he had contracted the virus inside the General Hospital.

However, when THE NEW TODAY contacted Head of the Community Relations Department of RGPF, Superintendent Vannie Curwen on Thursday, he had no knowledge that the police officer had contracted Covid-19 at the General Hospital.

Supt Curwen said he knew that the officer was hospitalised for a considerable period of time but no information had reached him that he had been struck by Covid-19.

According to the police officer since he was discharged from the hospital no one associated with the Government Covid-19 team had called to check up on him.

“Nobody never called since I came here and nobody ever come,” he said.

THE NEW TODAY has also received reports of a nurse who was discovered with Covid-19 after undergoing surgery at the Theatre.

A senior nurse said that the Management are claiming that a test was conducted on the nurse before surgery and she was negative for the virus but after surgery when another test was done she was positive for Covid-19.

RGPF has been hit by several Covid-19 cases within the past two weeks with Central Police Station on the Carenage considered to be the epicenter for the virus within the police force.

Several officers including an Assistant Superintendent of Police (ASP) at the station have tested positive for the virus and are currently in isolation.

One Central Police Officer who is attached to the Supreme Court Registry also tested positive for the virus this week forcing the Registrar to institute measures to protect staff members.

In addition, the Magistrates court issued directives that all officers from central on assignment in the court should avoid contact with Central Police Station and after work to go to their private homes.

The Acting Chief Magistrate Teddy St Louis has since issued a bulletin advising that all Magistrates Court in Grenada will be closed for the next two weeks.

It said: “THE GENERAL PUBLIC IS HEREBY INFORMED THAT ALL PENDING COURT MATTERS SET FOR HEARING DURING THE PERIOD 3RD TO 17TH SEPTEMBER, 2021 IN ALL OF THE MAGISTRATE’S COURTS IN ALL MAGISTERIAL DISTRICTS THROUGHOUT THE TRI-ISLAND STATE OF GRENADA, ARE HEREBY ADJOURNED.

PLEASE NOTE THAT NEW DATES FOR HEARING WILL BE COMMUNICATED TO ALL STAKEHOLDERS AT A LATER DATE.

PLEASE NOTE THAT ALL MAGISTRATE’S COURT OFFICES IN ALL MAGISTERIAL DISTRICTS WILL REMAIN OPEN FOR ALL OTHER COURT RELATED TRANSACTIONS BETWEEN THE HOURS OF 8:00 A.M. AND 4:00. P.M. MONDAY TO FRIDAY.

ALL COVID 19 REGULATIONS MUST BE ADHERED TO WHILE VISITING THE OFFICES.

DO BE GUIDED ACCORDINGLY”.