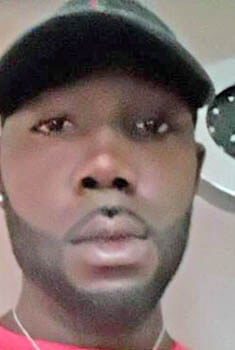 Within hours of transferring a junior police officer involved in an incident with Prime Minister Dr. Keith Mitchell, the High Command of the Royal Grenada Police Force (RGPF) had to rescind the order.

Constable Kenneth Sylvan was slapped with four (4) Disciplinary charges after Prime Minister Mitchell complained to the High Command about a letter from a local law firm which the officer brought to the Office of the Prime Minister threatening him with court action for failing to pay cost in a matter that he lost before the high court and Court of Appeal.

The police officer who is attached to the Prosecution Department of RGPF is often engaged privately by law firms to hand out summons and other court-related documents on their behalf.

According to a well-placed source, the High Command now headed by acting Commissioner of Police, Michael Francois “was advised that what they did was wrong” in bringing Disciplinary charges on Sylvan and also transferring him to an outpost in Victoria, St Mark.

“Imagine Junior people had to tell them what they’re doing is wrong,” the source told THE NEW TODAY.

“When they learn (about) the double jeopardy clause they revert to one. You can’t give the man (two types of punishment) for the same offense – that is what you call Double Jeopardy,” he said.

He also said: “If you are punishing a man already for something that he did you can’t come and give him another one again because the movement (transfer) is already a punishment.”

The RGPF insider accused the Francois-led High Command of rushing too quickly into judgement on the issue because they got nervous due to the call made by PM Mitchell to express displeasure with Sylvan visiting his office and executing a letter on him from the law firm headed by former Attorney-General, Cajeton Hood.

“Once that man (PM Mitchell) is influencing them (High Command members) they are getting nervous because they have to satisfy the man,” he said.

Another top member of RFPG slammed the current members of the Police High Command on the action taken against Sylvan in the legal letter issue involving the Prime Minister.

“You can’t do the boy that,” said the officer who holds a rank higher than an Inspector of Police.

There has been mixed reactions on Social Media to the Keith Mitchell/Kenneth Sylvan issue.

One contributor said: “So wait nor this man (Mitchell) is above the law or is he God?” while another commented: “What happened to Keith Mitchell that old paper lion” and one other said: “If you need any further evidence that Keith Mitchell is a dictator this is it. The officer did nothing wrong. He was just doing his job. It is part of his job description and Keith Mitchell and his goons/cronies are not above the law… Keith Mitchell is not Jesus Christ…”

Some of the other comments were: “It’s happening again …victimisation galore”, “No one should be above the laws of the land, and “The officer needs to come out on the platform and let the public know what is happening in this present government.”

The following are some of the anti-Sylvan sentiments: “….Within the police force there’s certain protocol as police officers they gotta follow. That’s breach of the Police Act Chapter 244”, “Some of you all need to educate yourselves with certain types of laws and regulations especially when it comes towards the Police Act that regulates the functioning of the police. That law firm knows well of the protocols to be followed….”

Another comment read: “Those officers should know better whether you have or got a side gig with any law firm and that firm needs to or caused to be served any documents on certain high officials such documents should be sent to the Office of the Commissioner of Police based on protocol and the Commissioner in turn will give directions and instructions where needed.”

Constable Sylvan was summoned to Police headquarters today (Friday) for another meeting at 10.00 a.m. but he will be accompanied by local attorney-at-law, Benjamin Hood, the son of former Attorney General, Cajeton Hood.