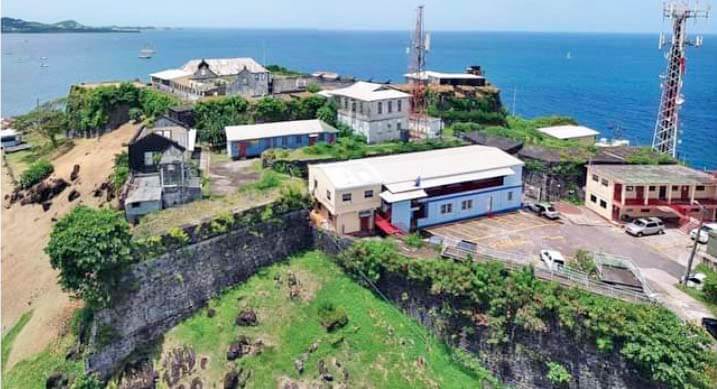 The deadly Covid-19 virus has hit at the heart of the High Command of the Royal Grenada Police Force (RGPF).

An insider told THE NEW TODAY that an Assistant Commissioner of Police (ACP) has now tested positive for the virus and is currently in isolation.

He said that this most senior officer is in charge of the Covid-19 police operation at the national level.

The source also said that an aide to the Commissioner of Police, Edvin Martin was also impacted by Covid-19 forcing the island’s chief cop to quarantine for a few days and stay away from his office at police headquarters on Fort George.

In addition, he said that a number of persons attached to the Police Tailor shop at headquarters also tested positive for the virus.

On Saturday night, Deputy Commissioner of Police, Michael Francois disclosed that the number of police officers hit by the virus was 82.

However, the police insider said that the figure has increased significantly as more police officers in places like Sauteurs, Carriacou, Victoria and the Traffic Department have come down with the virus.

He identified a member of the Criminal Investigation Department (CID) in Sauteurs who holds the rank of Sergeant as one who is now down with the virus, as well as a Corporal based in Victoria, and an Imani who works as a civilian with the police force as among the persons now affected by Covid-19.

He also said that a number of officers continue to report sick at Central Police Station on the Carenage which is suspected to be at the epi-center of the virus within the police force.

“Everywhere (in the police force) is affected,” he said.

A number of police officers who tested positive for the virus are known to be in isolation at the St George’s University-owned but government-controlled Covid-19 facility on the Grand Anse beach in the south of the island.

The head of the Criminal Investigation Department (CID) of the police force is quoted as telling some colleagues that about 4 to five of the persons under his command are exhibiting Covid-19 symptoms.

The source also expressed concerns with the additional workload given to RGPF by the Covid-19 Hotline.

He said the hotline is closed at 4.00 p.m. daily and those people are referring people to call the nearest police station for assistance.

“The police (are) already overwhelmed with their work – let each department do the work they are supposed to do.” he added.

Grenada is currently witnessing an upsurge in Covid-19 figures with cases moving from 180 in early August to over 1200 in just over three weeks.

THE NEW TODAY understands that a prominent media person is currently at the hospital receiving treatment for the virus.