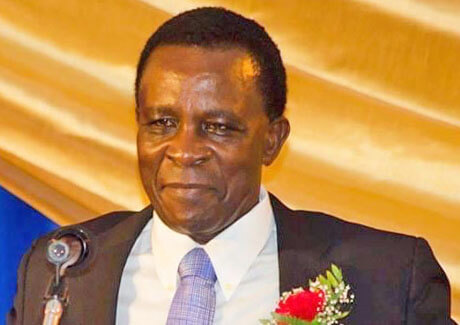 The ruling New National Party (NNP) government of Prime Minister Keith Mitchell is on target to receive US$30 million in grant support from St. George’s University (SGU) “by early next week,” following recent changes in the University’s equity holdings.

Prime Minister Mitchell made the revelation during a sitting of the Lower House of Parliament on Tuesday, as he contributed to the debate on the St. George’s University Limited Order, 2022, resolution, which is seeking to establish “for the first time….a mechanism for St. George’s University (SGU) to make grant payments to the Government of Grenada when there are any equity changes to the University directly or indirectly from the owners of the University.”

According to PM Mitchell, “this agreement is proposed for 10 years,” and “if there are any changes within those 10 years or further changes in (the) shareholders of the university, we expect to get 3% at least of the value of that share changes.”

Noting that “right now the shares are traded at least over US$1 billion,” the Grenadian leader told Parliament that “it is estimated (that) for the next possible changes in share ownership that the country could benefit from at least US$50 million, based on the 3% calculation (and) the value of the university at this particular time.”

Changes to several aspects of the SGU/Government of Grenada Charter are being proposed through amendments to the St. George’s University Limited Order, 2014 under the resolution, which received unopposed approval from members of the House of Representatives.

Once the resolution is approved by both Houses of Parliament, SGU will be required to pay the government a controlled grant of US$20 million on the consummation for the current change in share ownership, and an additional US$10 million as an advance, against the future grant payable on the first future change of control, as part of the new conditions under the agreement.

“…By the end of this week (or) early next week, we will have US$30 million… to the coffers of the taxpayers of Grenada, Carriacou and Petite Martinique. That’s over EC$80 million,” Prime Minister Mitchell declared

He told Parliament that the new Order also sets out rules that prevent SGU from establishing any competing medical schools in the region, and prohibits the use of the SGU brand without the government’s approval.

As a “major achievement,” the Prime Minister said, the 45-year-old university, “would now be giving a minimum of 22 medical scholarships to Grenadian students… and over 100 undergraduate scholarships.”

He disclosed that SGU, which has to date, graduated over 2,100 Grenadian alumni, with more than 250 MDs, has also “indicated that whenever there is a hardship case of some poor student, where the family is unable to pay the fees at the university and the scholarships…we (can) bring special cases, as we have done over the years.”

The Prime Minister also used the opportunity to acknowledge SGU’s “significant contribution of 25% to the island’s GDP.”

He welcomed news of SGU’s full return to onsite learning, and the significant financial impact that this will have for Grenadians who were directly, and indirectly affected by its decision to discontinue physical learning, and took time, once again, to defend SGU’s policy of mandatory vaccination as a condition for employment in light of the pandemic.

“…We have to constantly remind all and sundry that when something affects the life of the people of the country in general then we cannot be thinking of our own institution, or the persons that we are associated with because the impact is not just on those persons, it is all the persons in the country in every aspect of life that has been affected by what we do.

“So, when the University indicated that they want to have their workers vaccinated…the fact is, the danger is there, and the University, therefore, has to protect the institution. So, if someone comes, and the university doesn’t do what it is supposed to do based on the health reasons, and the scientific facts, they can prove to be negligent (because) you could have scores of students suing the University. And, the suit could be millions of dollars for one (1) case…you have to understand, they are saying that you have to come to work on the basis that you have to be vaccinated, and the government does not have to go to parliament and pass a law for you to do that.”

According to PM Mitchell, among the benefits to be derived from the changes to the SGU/Government of Grenada charter, is the understanding that SGU has accepted its “moral responsibility” to help to ensure that “the medical and hospital services in Grenada continue to improve and become better and better.”

Citing the university’s success over the years, last 45 years, which entails over 24,000 graduates in medicine, veterinary medicine, public health, the arts and sciences, and other professions and disciplines, Prime Minister Mitchell stated that “with that sort of image…SGU has a moral responsibility, and they have accepted it, and the government sees it as its own moral responsibility to use the help of the St. George’s University (SGU).”

He revealed that as part of the agreement, SGU “will now pay two (2) full-time experienced clinical members to staff the facilities at the hospital services in Grenada, in addition to the part-time, and other services that each staff member with that capacity will be given “because the salary levels that the university pay, we will never be able to pay that as a country.”

PM Mitchell said SGU is also expected to be instrumental in sourcing volunteers to provide other services that may be required at the nation’s hospitals, noting that “it may not just be in the area of medicine but it may be services that the hospital needs.”