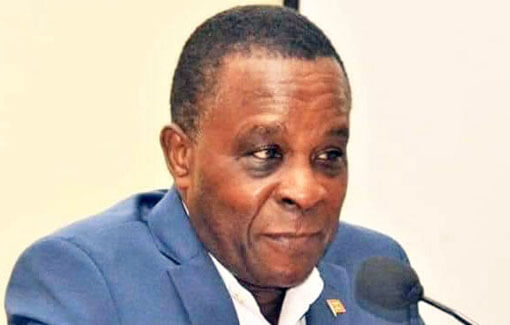 The ruling New National Party (NNP) government of Prime Minister Dr. Keith Mitchell will not be providing incentives for persons who find themselves on the breadline because of their decision not to take the COVID-19 vaccine.

Prime Minister Mitchell did not budge on his government’s position to support vaccine mandates in the workplace while responding to questions regarding the negative effect on livelihoods during a press conference with a select group of reporters in St. George’s on Wednesday.

“…I cannot give you incentives for not vaccinating,” PM Mitchell told reporters, stating that while “we have had some loss of jobs,” he has “not seen any mass loss of jobs in any sector.”

“I would not be dishonest. I’ll be very dishonest to say I am going to create a programme to help you for refusing to do something to save your own life – I would not do that,” he added.

The Prime Minister expressed amazement at some persons’ reluctance to COVID-19 vaccine inoculation, which is being touted as the only means to protect lives and livelihoods.

“If you want to vote against me for this, and I am talking to people who think like that – then that’s you right but I can‘t in conscience create something to encourage you (because) in effect what I am doing is encouraging you to destroy yourself, and your family (and) I am not going to be in that. Some people might be prepared to do it for a vote, let them do it but I am not going to do it. So my urge is – protect yourself,” he said.

“I see some of us in the decisions we make, I call them selfish. Think not only of yourself, think of your fellow human being, be responsible, and I think all of us as leaders whether we are in the trade union, we have to speak out against this thing (vaccine reluctance),” he added.

The Prime Minister went on: “Some of us would not do it because if we do it we lose some of our members (because) they will vex with us. If I am in business, and I say look, I don’t want you to come and infect my staff, and I don’t have an alternative place for you…that’s tough love, my friends.

“I don’t know what else I can say about this issue. I have been very frank (and) open. I have not spoken as a politician (would) normally try to do, to be on all sides of the fence to get votes from the ones who vaccinate, and the ones who don’t vaccinate…I am not going to do it, and I don’t think my political organisation expects me, as the present leader of the New National Party, to do otherwise,” he told reporters.

Although vaccination levels in the country remain a far cry from herd immunity with the Ministry of Health’s data showing 36, 218 persons fully vaccinated as of Tuesday from a population of about 110, 000, relaxed protocols continue in the country amidst the second wave of COVID-19 infections, which has been attributed to the omicron variant that has proved to be highly transmissible but less life-threatening.

While the number of aggrieved unvaccinated workers in the country is unclear, with assistance from civil rights activist Earl Maitland, some longstanding employees in the tourism and hospitality industries whose livelihoods have been destroyed have challenged their employers on the issue of mandatory vaccination by filing complaints last month with the Ministry of Labour, in accordance with Sections 80 and 84 of the Employment Act of Grenada, which makes provisions for matters of compensation for years of service, and constructive dismissal, respectively.

In reacting to Dr. Mitchell’s position to not assist affected unvaccinated workers,

Maitland on Wednesday accused the Grenadian leader of “abusing his authority” and “neglecting his duty as the leader of this little nation to take care of the people.”

“This gentleman (PM Mitchell) is saying that he is not going to give incentives to unvaccinated workers but he seems to have forgotten his duty as Prime Minister, which demands that he assists persons especially persons of fundamental beliefs who are against taking this experimental drug,” he said.

According to Maitland, a lot of people would not take the vaccine due to religious and other reasons.

Maitland accused the longstanding incumbent leader of “downplaying the number of affected workers,” when he stated that the country has not seen mass job losses across sectors.

The outspoken activist, who claimed that the saga started with over 200 workers being affected, singled out the newest COVID-19 vaccine mandate to be imposed by the management of the St. George’s University (SGU), following the latest outbreak of the Omicron variant.

SGU workers were initially required to become fully vaccinated with two (doses) of the COVID-19 vaccine but the spike in cases has led to management issuing a warning that they would be considered unvaccinated if they did not take a booster shot by this Monday.

“These people have worked to earn salaries for 15, 20 years, significant periods, and all of a sudden the employers have been unreasonable changing the contractual agreement that they would have had with the employee for all these years, demanding that they take an experimental drug,” argued Maitland.

He also contended that if the Prime Minister is speaking about his conscience and so forth, he will do his job and provide a package to ensure that Grenadians who are being sent home will not be home hungry.”

“What we have seen is that the Prime Minister would rather choose to give hoteliers, persons who would have had savings over the years and would have made much money in tourism, these persons were the first persons who got packages due to the lockdowns and so forth whilst the poor man, the average citizen remained home begging the Prime Minister and the ministers to get those packages,” he said.

Maitland noted that “there are breadwinners who have been sent home, and a significant number of persons who remain unemployed” due to the coronavirus pandemic.