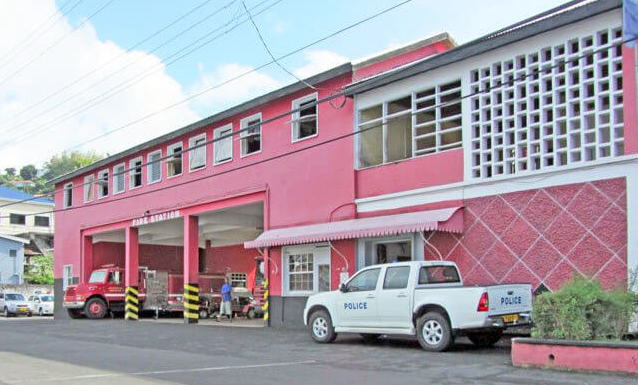 The Royal Grenada Police Force (RGPF) has again been hit by the deadly coronavirus.

Authoritative sources told THE NEW TODAY that a male civil member of staff of the force attached to Central Police station on the Carenage has tested positive for the deadly virus.

According to the source, the officer who is now in isolation is associated with the Petty Investigation unit within RGPF.

There has been no announcement from the police force, headed by Commissioner of Police, Edvin Martin on reports that one member of staff has been hit by the deadly virus.

The police insider expressed fears that if one member of the force in Central falls victim to Covid-19 it was more than likely that other officers at the station will come down in due course with the virus.

“If one person has it they have to isolate more than one. These people live in barracks and they work along with other persons. It’s just a matter of time before other persons come down with the symptoms.” he said.

The police insider noted that the big question which the High Command of RGPF is now forced to answer is where did the civilian member of the force contracted the virus.

One high-ranking officer of the police force told THE NEW TODAY it is now time for the issue of civilians working among the law enforcement officers to be seriously addressed.

He dropped hints that those Imani workers placed in the force by government is now a cause of concern given the fact that they lack the discipline instilled in police officers as part of their training regime.

The senior cop expressed fears that if there is any significant outbreak of Covid-19 among police officers then it will most likely spread to the wider population.

During the initial outbreak of Covid-19 among RGPF, the first person to test positive for the virus was a female member of the civilian work brigade.

Most of the police officers affected by the virus earlier in the year were stationed at the Central outpost on the Carenage.

Close to 300 police officers came down with the virus earlier this year with two fatalities including an Assistant Superintendent of Police (ASP), Byron Clyne who was attached to Central Police Station on the Carenage.

On Wednesday night, the Ministry of Health released figures on its Dashboard indicating that Grenada had recorded 64 new cases of Covid-19, 23 more than the previous day’s figure of 41 bringing the overall total of virus cases in the past two years to just over the 6000 mark.

Confidential sources told THE NEW TODAY that about 70% of the new cases are related to the hotel industry among vaccinated guests.

According to one worker at a hotel in the south of the island, two local employees – Human Relations Manager and a Maid – tested positive for Covid-19 after coming in contact with a guest who had the virus.

A government agency which is responsible for the regulation of financial businesses on the island was forced to close on Wednesday after one of its female executive members tested positive for Covid-19.

The individual is said to be living in a house with her daughter who also tested positive for the virus.

Speculation is rife that Grenada might be on the verge of witnessing a third wave of the coronavirus which was first detected on the island in March 2020.