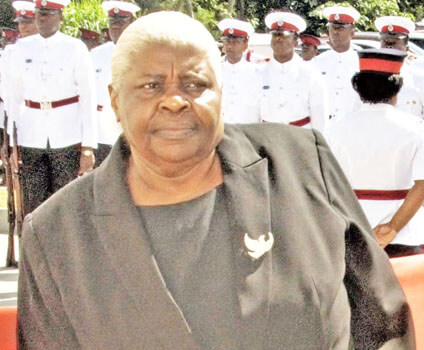 Beryl Isaac – the current heads of the Public Service Commission

With general elections imminent in Grenada, the Public Service Commission (PSC) has warned public officers not to get involved in partisan political activities on the island.

The PSC, headed by former Cabinet Secretary Beryl Isaac, sent out a circular on January 25, 2022 in which it addressed the subject matter, “Political activities – Public Officers.”

The document reminds public officers that they are “expressly forbidden to participate actively on behalf of any party or candidate in an election of Members of the House of Representatives or at Municipal or District Board Election.”

Over the years, several public officers have openly flouted the rules of the commission with some of them actively campaigning for the party of their choice.

During the last election in 2018, several police officers were captured on Facebook donned in the electioneering material of the ruling New National Party (NNP) of Prime Minister Dr. Keith Mitchell.

No action was taken against these officers by either the PSC or the Commissioner of Police.

As a public service, THE NEW TODAY reproduces in full the circular sent out by the 5-member Commission: 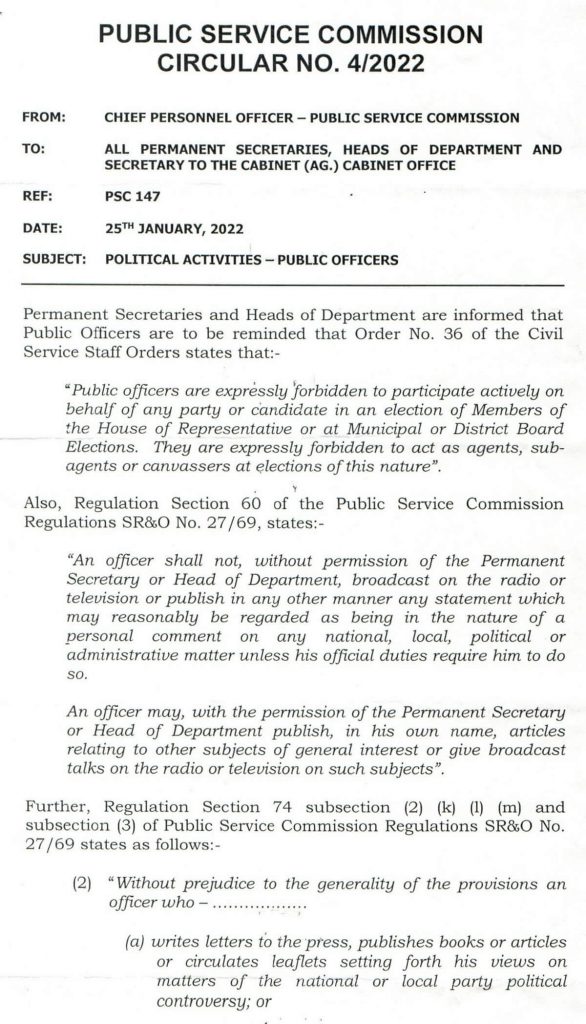 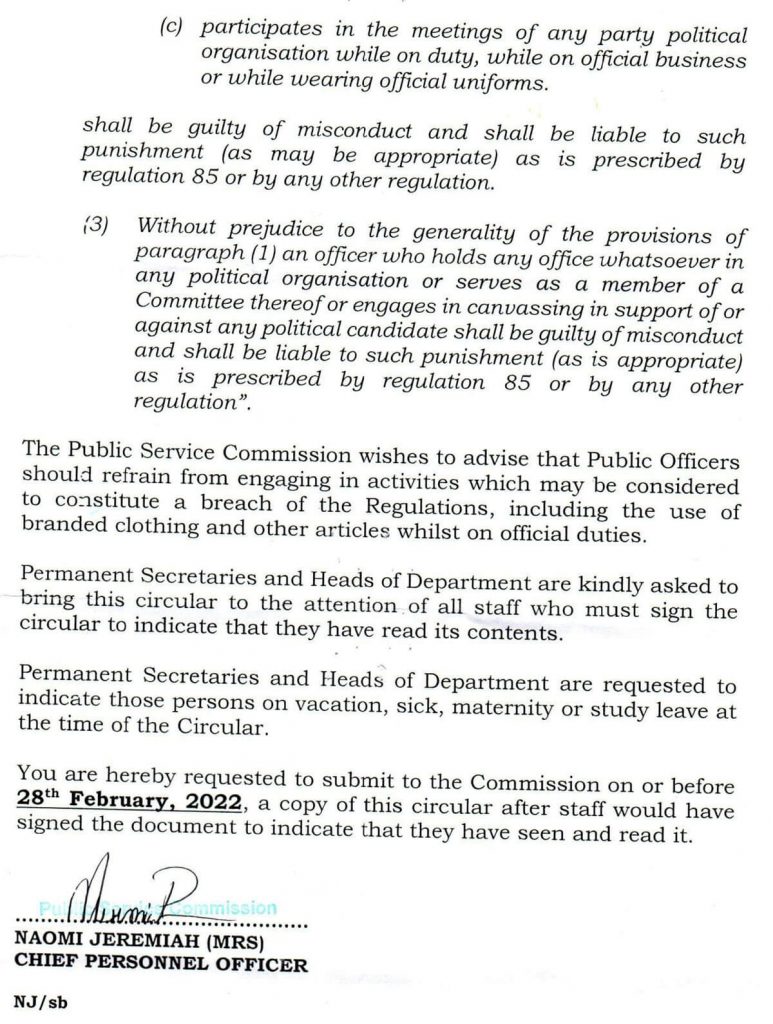