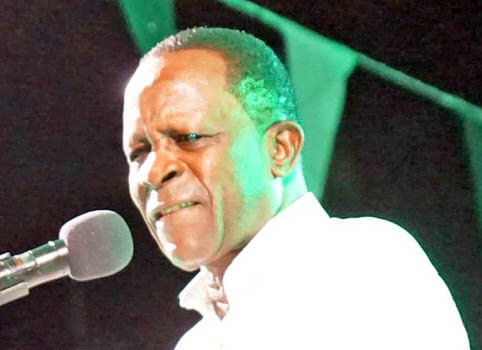 As the ruling New National Party (NNP) steps up its election campaign, Prime Minister Keith Mitchell is promising to make housing a “top priority” if his administration is returned to power for a third consecutive term at the end of the highly anticipated upcoming poll.

Speaking at an event organised by the ruling party in St. Patrick on Sunday the incumbent leader, who hinted at calling the next general election soon, sought to assure supporters that once re-elected, an NNP regime “will be placing the issue of housing as one of the top issues to confront at the next period of government”.

“Already work is taking place to identify lands where we can construct houses throughout the length, and breath of the country,” he told party supporters.

“In addition, sisters and brothers, not only the ones that we are getting from our friends but we are using local funds also to construct low-income houses for the people of Grenada, Carriacou, and Petite Martinique…and that will be part of our manifesto,” the Prime Minister said.

He also said that one of the more serious decisions would be a major housing scheme for the people of St. John” which is “probably the only parish that has never had a serious housing scheme.”

“…So, all parishes – St. Patrick’s, you will have more housing in the next term of government…more housing in the parish of St. Mark’s…Carriacou, St. George’s, St, Andrew’s, (and) in St. David’s,” the Prime Minister added, noting that “there is a mass of people looking for housing” around the island.

PM Mitchell revealed that the current Member of Parliament for St. John, “Brother (Alvin) Dabreo has been working on getting lands for us, and there are negotiations taking place.”

The NNP meeting which took place at the Sauteurs Bus Terminal marked the launch of the party’s two candidates for the extreme north of the island, Victor ‘Bello’ Phillip, who replaces the current St. Patrick West MP, Anthony Boatswain, and the return of Pamela Moses, the current MP for St. Patrick East.

Moses, who is the current Minister with Responsibility for Tertiary Education, Skills Development, and Education Outreach, also outlined plans for improved housing in the constituency, and the continuation of the housing repair programme, which she said has been “a fundamental asset in helping people to improve their situation.”

She told supporters that “ 8 to 10 acres of government lands have already been surveyed to build more low-income apartments” in the Mt. Rose community “just like in the Villa.”

“Now in the Villa, there are only 70 units. All of you will not be able to get one (1). So, there is another site next door, and folks under the leadership of Dr. Keith Mitchell there is more housing to come for you so you can live in comfort and enjoy the pure Grenadian life,” Moses told supporters.

However, some contend that the Mitchell-led regime has been in the business of making empty election campaign promises to the electorate to get votes.

Political Activist Kem Jones launched the attack during his ‘The Eagle’s Eye Talk Show’ programme on Monday, where he bashed the “housing script” delivered by Prime Minister Mitchell, who told party supporters on Sunday that “housing is an issue that we will confront, and we are not just saying this…we are not making idle promises.”

However, Jones likened the 2022 housing promise to PM Mitchell’s unfulfilled 2018 election campaign promise involving an EC$125.2 million grant from the German government to develop the water, tourism, agriculture, and manufacturing sectors on the island.

The Political Activist recalled that just before the last elections were held, PM Mitchell stood on a political platform and promised that “10 million of those monies will go to improving the water supply of the Mirabeau water system, $10 million on the Ahoma area water supply, $23 million to improve the water supply in the Les Avocat water supply at Petite Etang in St. David’s, $16 million to expand the Vendomme water treatment” which “never happened.”

“This man is using the same playbook, the same script just using different words, making grandiose promises that his party cannot keep. Look at all those water projects, not one (1) started, and not one of those constituencies received any of the millions and millions that he spoke about…”, Jones charged.

“He has lied to the Grenadian people over and over again. So, now he is talking about housing, making people believe that houses will come for you in the different constituencies, and parishes (but) that’s a big joke, a big laugh.

The man promised you plenty of money in the last elections…in water project here, and water project there but look at the situation, every two (2) days water going because they have not done anything when it comes to those water projects, I am saying to you – Grenadians, home and abroad we can’t be fooled again by Keith Mitchell…,” Jones warned.