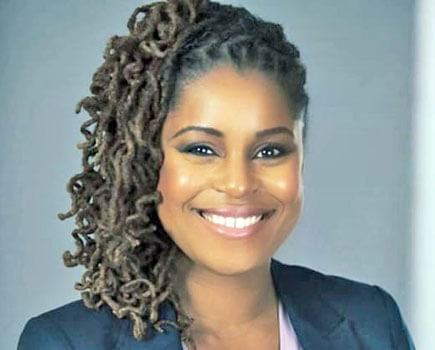 With the next general election creeping up, the ruling New National Party (NNP) of Prime Minister Dr. Keith Mitchell is showing signs that it also intends to move in the same direction of the main opposition National Democratic Congress (NDC) and look towards a younger generation of leaders for the future.

Informed sources told THE NEW TODAY that Prime Minister Mitchell has been engaged in a series of closed door meetings with a select handful of members within the top brass of the party to look at ways to counter attack the effect of the new NDC leader, 44-year old attorney-at-law Dickon Mitchell.

One party insider is quoted as saying that the NNP is “worried” to the point that it sees Dickon Mitchell as “a serious threat” with elections due no later than the middle of 2023.

The new NDC leader has been crisscrossing the country and meeting with hundreds of persons to push his agenda for regime change in Grenada, Carriacou & Petite Martinique.

He indicated that 38-year old Paul-Lambert who is from the NNP garrison constituency of St Mark, and a former calypso monarch winner, is the clear front-runner to become the next NNP Political Leader.

In recent years, Prime Minister Mitchell has been stressing the need for a woman to come forward to become the first female Prime Minister of the country.

Paul-Lambert who is now tipped to take over NNP when Dr. Mitchell bows out, is a former island scholar, and a UN award winner.

She is now seen as the likely NNP candidate in the next election for St Mark instead of Minister of Tourism & Civil Aviation, Dr. Clarice Modeste-Curwen who has been the Member of Parliament for the constituency since 1999.

In 2001, Paul-Lambert became only the second woman, after Lady Cinty in the early 1980’s to be crowned Grenada’s calypso monarch with her winning song, Prostitute.

After winning the Island Scholarship, an award given to the student judged to have achieved the most outstanding academic performance, Akima travelled to England to read Law at Cambridge University and went on to do a Masters in Law at the University of Paris.

She is currently an associate at Cleary Gottlieb, the international legal firm that advised the financially and economically-plagued Greece on its high-stakes debt restructuring.

In 1998, aged just 15-years-old, Akima was elected to the prestigious ranks of the United Nations Environment Programme’s (UNEP) Global 500 Roll of Honour which recognises and honours environmental achievement.

The source said that the drawback for Minister Pierre to become the next NNP leader is the fact that she lacks the intellect to match Dickon Mitchell while Minister David is approaching 65-years and might be “too old” at this stage to be considered for future leadership of the country.

In addition, David, the former General Secretary in the Congress party is not trusted by some of the most powerful forces within the ruling party.

The source pointed out that the former NDC government minister has been excluded from recent high-level NNP meetings due to concerns that he might “leak” information on party strategies for the upcoming election to a particular member of the media fraternity who is no longer regarded as friendly to the regime.

He said that the NNP top brass quickly ruled out Dr. Friday for the top job on the grounds that he might not be “sellable” to the electorate.

THE NEW TODAY understands that most of the high-level meetings called by Prime Minister Mitchell involve only a handful of “three to five persons” in order to control the flow of information getting into the public domain.

Other sources have said that one of the persons seen going to these top meetings of the ruling party of late is President of the Senate, Chester Humphrey, one of the persons expelled from NDC in 2012 in a power struggle involving Peter David and then Prime Minister Tillman Thomas for control of NDC.

The NNP insider said the ruling party is definitely getting into election mode and some new important appointments can be expected from the Prime Minister in the New Year.

The party will soon have to name a replacement in the Senate for Judd Cadet who is due to fly out to England to do a Master’s degree.

Speculation is rife that Cadet’s replacement could come from either Paul or retired New York policeman, Nimrod Olliverre who is trying to get the nod from the NNP to contest the St. George North-east constituency held by Opposition Leader, Tobias Clement.

Another NNP insider confided that Prime Minister Mitchell is not inclined to go the distance and give Dickon Mitchell time to organise and become a threat in the next election to lead the NNP to another victory at the polls.

Despite the outpouring of support especially among the youth for the new Congress leader, the hierarchy of the ruling party believes that the NNP will be hard to beat in the upcoming general election.

One senior government minister remarked: “The noise in the market is not the sale of the fish. Politics is about organisation and we have a head start. NDC hasn’t been well organised”.

Prime Minister Mitchell told a recent sitting of Parliament that he has the “bell” in his hand and could call the election anytime soon.

The government has also been giving out hundreds of contracts for community projects around the island, which prompted political analysts to predict that the poll could be held anytime from March.

The NNP sources could not shed any light on the timeframe in which Prime Minister Mitchell might be willing to relinquish control to Paul-Lambert.