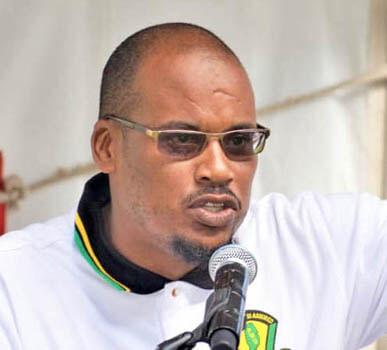 Ambulance drivers have surfaced as the most recent category of government-paid workers to be disenfranchised by what the President of the Public Workers Union (PWU) Brian Grimes has termed the “wanton abuse of contract work,” on the part of the ruling New National Party (NNP) administration of Prime Minister Keith Mitchell.

In an exclusive interview with THE NEW TODAY last week, Grimes said that the union has received reports from ambulance drivers that the terms and conditions of their employment were changed at the beginning of the year without their knowledge.

He claimed that the drivers received a call from the state-owned National Insurance Scheme (NIS) informing them that “you are in arrears with us, and they were shocked (but) only to find out that they were taken off their regular terms of employment, and engagement, and put on contract for service…”

In 2019, the Grenada Parliament approved an amendment to the NIS legislation to increase the contribution rate shared between employees and employers by 2%, from 9% to 11%, to avoid the NIS dipping more and more into its reserved funds.

Under the new formula, employees, who were previously required to pay 4%, now contribute 5%, while employers are mandated to pay 6%, instead of 5%.

Oliver Joseph, who was the Minister for Trade, Industry, Cooperatives, and Caricom Affairs at that time told reporters then that the move was approved in keeping with recommendations made in the last three (3) actuary reports for the incremental increase in the NIS contribution rate.

According to Minister Joseph it had to be done because “if you wait until 2030 or 2035, it means that you will have to increase it by 22% then.”

Grimes advanced the argument that the NIS has lost revenue as a result of the government’s sudden, unexplained decision to not pay NIS contributions on behalf of the affected workers, who as a result, have “lost the ability to get benefits” from the institution, which is mandated by law to provide Social Security Benefits & Mortgage, Personal & Vehicle Loans services to members meeting the stipulated requirements.

“And, based on the number of years they have served they may not have accumulated enough payments to warrant that at the end of their tenure they will be able to get a NIS pension. These employment practices by the NNP administration make one wonder where we are heading as a country, and what is the intent for our economy, our people, and the institutions,” he remarked.

It was a former Keith Mitchell-led regime that introduced contract labour within the public service in 1995.

According to Grimes, it has been used by the government as a tool to create “many different types of employment of their own volition” in an attempt “to escape their liability to the workers in this country with regards to pension, and other things.”

He said the government was “using all sorts of innovative ways to disenfranchise our people…an ambulance driver, or any worker in the health sector who is giving continuous service, they are not independent contractors, they are public officers based on the law.”

Related:  Nurses and teachers are among the poorest working class in the country

“So, it’s very clear to see that this is very disadvantageous to the workers and illegal,” he added.

This development comes approximately six (6) months after Prime Minister Mitchell told parliament that the “Department of Public Administration (DPA) has been mandated, and is developing a comprehensive framework” to address the issue of regularisation within the public sector.

The Prime Minister disclosed this while contributing to the 2022 budget debate in Parliament last December, where he explained that there are “three (3) types of contracts under which people are employed within the public service.

He stated that one is a Public Service Commission contract, through which contractual appointments are made to the establishment, the second one is that of a Government of Grenada contract, which is a contract of service where an employer/employee relationship exists.

The other one being “a contract for service, where individuals are regarded as a service provider (and) and there is no relationship of employer/employee in the typical sense except for the performance of the service that you give relative to being paid.”

The Grenadian leader had also confirmed that “policy recommendations have already been drafted to establish eligibility criteria to manage that process, however, pointed out that the “numbers (permanent establishment positions) in the public service is fixed,” which is a condition that has been agreed to access soft loans from international financial institutions.

“…In other words, we did it because we saw in it lies the serious economic benefit of this country…so people must understand,” the PM Mitchell told Parliament.

This was one of the points re-emphasised last week by longstanding Deputy Political Leader of the NNP, Gregory Bowen, during a political rally in St. David, where he labeled the election campaign promise of the Dickon Mitchel led-main opposition National Democratic Congress (NDC) to regularise all government contract workers if it forms the next government as a “threat” to a “pact (formed) with the international community,” to reduce the “public service to the required number of 4, 000.”

Bowen, who held the post of Minister of Finance, noted that there are currently “6, 300” workers employed in the public service, however, did not speak to how many are employed on government contracts, or provide an update on the ongoing regularisation process.

The Congress leader also placed on record the NDC’s commitment if it forms the next government to immediately cease the practice of requiring government employees to pay their own NIS, among the initiatives earmarked as part of its transformational agenda to govern the island.