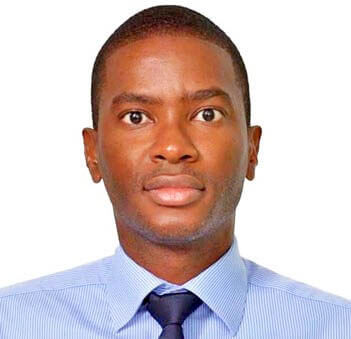 Dickon Mitchell – will only be travelling to Miami

Political leader of the main opposition National Democratic Congress (NDC), Dickon Mitchell, has been forced to scale back on his first official visit to the United States to meet with Grenadians living in the Diaspora.

A senior party official told THE NEW TODAY that the Congress leader would only travel for the engagement in Miami from March 30 to April 2 and not journey up to New York and New Jersey at this stage but head back home after the 2-day stop in the U.S city closest to the Caribbean.

He said that “a bit of unforeseen circumstances” concerning the leader’s own schedule and those in both New York and New Jersey is responsible for the cancellation of the other legs of the trip.

Without giving precise details, the NDC official said that the schedule “in terms of logistics (is) not lining up so he decided to push it back for a week or two.”

According to the spokesman, it is a bit of pressure at this point in time for the new Congress leader to make the entire trip.

“The Miami date remains the same – no change,” he said.

THE NEW TODAY understands that some Grenadians in New York are asking for the scheduled meeting to be held on a Saturday and not the Sunday as it was more appropriate for them.

A source in New York indicated that the persons responsible for planning the logistics up there were unable to get the venue for the following day as it was booked by someone else for another event.

In addition, there are reports that the planned Saturday meeting between Dickon Mitchell and the Diaspora in New York clashed with several other events that might attract Grenadians living in the United States.

In speaking about Dickon Mitchell’s first official overseas outing since being elected at the end of October, the party spokesman said the trip was two-fold to meet with the Diaspora and to engage in some fund-raising for the upcoming general election.

The NDC candidates for St Patrick West, Joseph Andall and St George North-west, Jonathan La Crette were named as the other members of Congress who will be making the trip with Dickon Mitchell.

The spokesman said that a major objective of the overseas assignment was “to gain support for our initiatives” with the upcoming general election in mind.

“…The objective is to meet the Diaspora, see how we can connect with them, see what are their struggles that they have in terms of investing at home and getting the Diaspora to really get on board with the development of Grenada,” he said.

He added Grenadians living in the U.S “have been dying for us to come up there – they want to meet the PL (Political Leader), speak with the PL and share their ideas and views.”

The official also said that the NDC delegation will also engage in “some scheduled visits with some other persons who have interest in Grenada.”