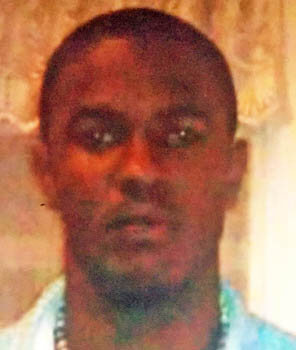 Eyebrows have been raised in Grenada over the appointment of a low-ranking police officer to take charge of the island’s Anti-Money laundering and Terrorist Financing Commission (AMTFC) now located at the National Sporting Stadium at Queen’s Park.

Well-placed sources told THE NEW TODAY that former employee with the Financial Intelligence Unit (FIU), Constable Shem Walker was introduced a few days ago to staffers by his former boss at FIU, Tafawa Pierre, now serving as Deputy Commissioner of Police as the new acting Executive Director of the commission.

The salary for the Executive Director at the commission is believed to be in the region of $EC7500.00 a month.

A high-level financial source on the island expressed surprise at the move by the ruling New National Party (NNP) government of Prime Minister Dr. Keith Mitchell to put such an inexperienced person at the helm of an important national body.

“They are putting this young man to act who doesn’t have a clue about what is taking place. The person who is there now is really … incapable of running that office,” he said.

According to the official, the move could be politically motivated since the person who has been performing the job for several years and is now over-looked, Hanna Campbell is more than qualified to do the job.

The anti-money laundering commission is said to be under the direct control of the Attorney General, Dia Forrester.

The source questioned the involvement of Deputy Commissioner of Police Tafawa Pierre in introducing the new head of the body and wondered whether the high-ranking police officer was not “interfering in an area that doesn’t concern him” since the work of the commission is not within his ambit.

“So the question is whether he (Tafawa) is still responsible for the FIU even though he now holds the post of Deputy Commissioner of Police.

So for him to go as Deputy Commissioner of Police now and to go into that area and interfere with an area that doesn’t concern him – this is the first time that this has ever happened.”

Tafawa Pierre is the husband of Education Minister Emmalin Pierre, considered as one of the most powerful women within the ruling party.

The source pointed out that the Anti-money laundering Commission is a totally autonomous body and does not fall under the authority of the FIU or RGPF.

The commission was set up by government to be Grenada’s official agency to interact with the international community, especially the FATT on issues surrounding money laundering and international finance.

The AMTFC is responsible for monitoring and supervision of financial institutions in the country like banks, credit unions and other financial houses.

Under local law, the FIU is tasked with the responsibility of assisting the anti-money laundering commission in the execution of its duties.

The anti-money laundering Commission comprises the Attorney General as head or the Minister of Finance, Commissioner of Police, Director of Public Prosecutions (DPP), the Comptroller of Customs, Accountant General and the head of FIU who sits on the board.

Deputy Police Commissioner Tafawa Pierre did not answer a call made to his cellphone by THE NEW TODAY to question him on his role in the AMTFC.