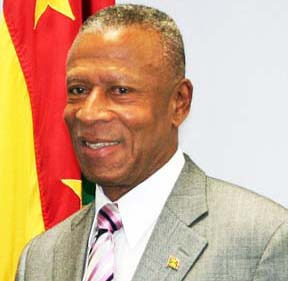 The main opposition National Democratic Congress (NDC) has been forced to push back its much-anticipated annual convention to select a new political leader from the end of September to sometime in October.

A leading party official told THE NEW TODAY that a number of new persons have joined the ranks of Congress and that it is necessary to give them time to integrate themselves into the ranks of the party.

There are reports that the new entrants include a high profile local attorney-at-law and a major poultry farmer on the island.

According to the party insider, these persons have just taken out membership of Congress, the other major political party on the island.

He said the NDC is trying to emerge from the convention with a number of new faces on the party’s executive to take the party into the future with hope and confidence.

In recent weeks, NDC officials have been engaged in discussions with Opposition leader, Tobias Clement and his Senators in the Upper House of Parliament on the formation of a United Front for the upcoming national poll.

The party insider said it is quite possible that the Opposition Leader might become a full-fledged member of Congress.

Clement, who resigned about two years ago as a member of the ruling New National Party (NNP), is the current Member of Parliament for the St. George North-east constituency.

There are reports that two Congress members including a female barrister-at-law have expressed interest in contesting that seat in the upcoming election.

In addition, a female professional who is from the Boca area of the constituency has expressed interest in joining the Congress party to be considered as a prospective candidate for St. George North-east.

However, a party insider confided in THE NEW TODAY that businessman Kent Joseph, an influential member of the party, favours Clement getting the nod to contest the seat in the next general election on an opposition ticket.

Joseph is said to have expressed an interest in returning to the NDC executive as Chairman of the party to help with the rebuilding process.

A recent internal poll conducted by Congress showed that a number of party members and supporters favour the return of former Prime Minister Tillman Thomas to come out of retirement from frontline politics and to lead the party into the next general election.

According to a party insider, Thomas has not given a commitment to take on the responsibility of Political Leader of NDC again but expressed a willingness to help the party in whatever ways is possible in order to help unseat the NNP from the seat of power in the Botanical Gardens.

The NDC has faced a leadership crisis in recent years and suffered back-to-back 15-0 losses at the polls in 2013 and 2018 from the ruling New National Party (NNP) of Prime Minister Dr. Keith Mitchell.

The NDC lost power in 2013 after a bitter internal feud mainly between two factions that came out of the ill-fated 1979-83 Grenada Revolution to position themselves to eventually take over the leadership of the party and country from Thomas.