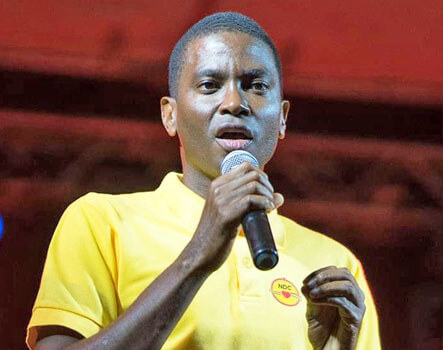 Political Leader of the main opposition National Democratic Congress (NDC), Dickon Mitchell has promised to do a complete overhaul of the state-owned Marketing & National Importing Board (MNIB) to make it more beneficial to farmers.

Speaking at a Town Hall meeting in Grenville, St Andrew on Wednesday night, the 44-year-old attorney-at-law told the audience that the MNIB “has been less than an ideal partner in the development and support to agriculture, to farming and to finding markets for farmers produce.”

According to the NDC leader, the notion that MNIB “is playing the role that it was meant to be is a farce” and that farmers do not hold the state-controlled body in any high regards and esteem.

He said the Marketing Board, which has been the subject of an investigation for alleged corruption by the Integrity Commission, has racked up several millions dollars in debt over the years.

“We recognise the time has come for a complete revamping of the Marketing & National Importing Board,” he said, adding that under a Congress government the state body will not be allowed to be a retailer competing with supermarkets.

“The role of the Marketing Board is first and foremost to help farmers find markets for their produce and that should be its primary purpose and if it can’t fulfill that purpose then there is no point in having a Marketing & National Importing Board,” he told the gathering of mainly NDC supporters.

“We intend to revamp MNIB so that it goes back to the core function and that core function is helping our farmers find markets for their goods within Grenada and outside of Grenada for its produce,” he said.

According to Dickon Mitchell, the role of MNIB should always be to take the farmers’ produce on a sustainable and sustained basis and get them into the local hotels.

He said the farmer should not be allowed to spend so many man hours toiling in the land and then have to “drive around on a truck or sit by the side of the road to try to get someone to buy his produce.”

“It (MNIB) should be the one taking the produce off the hands of our farmers, storing it, sorting it out and getting (them) out to the respective markets day-in and day out. That is what we will want the Marketing Board to be focused on.”

“We are satisfied that if that mandate is carried out it will also help reduce the food import bill because many of our hotels are importing food by the container loads directly from Miami, Brazil and elsewhere and you find farmers here who produce crops, fruits, vegetables and they can’t find anyone to buy them.

“I want to commit to St Andrew’s and farmers in particular that the remodeling, revamping, modernising and getting the MNIB back to what it was meant to do is one of our top priorities and if it cannot be done then there is no point in having a Marketing & National Importing Board.”

“We will then have to find the appropriate means to help our farmers with finding markets for their produce.”

Dickon Mitchell has been leading the charge of Congress to try and unseat the incumbent New National Party (NNP) of Prime Minister Dr. Keith Mitchell in the June 23 general election.