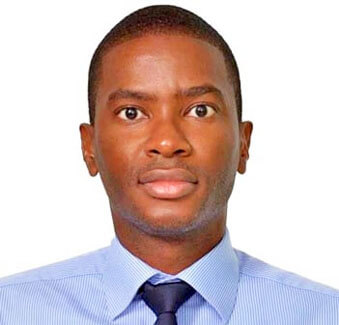 The main opposition National Democratic Congress (NDC) has apparently sealed an agreement with a prominent young businessman to be its candidate in the South St George constituency in the upcoming general election.

A well-placed source told THE NEW TODAY that the businessman met earlier in the day with Congress leader, Dickon Mitchell at a location in the city to discuss the possibility of him running for the party in the national poll.

He said the individual agreed during the meeting to immediately take out membership of NDC as a pre-condition for running on the party’s ticket in the election.

According to the source, the NDC South St George constituency branch is due to meet in a day or two but the prospective candidate would most likely not be in a position to complete the membership requirement in time for the important session which is expected to be dominated by candidate selection.

He said the hierarchy of Congress is planning a meeting for next week in which the businessman will be officially introduced as the choice candidate for the South St George constituency.

Former New National Party (NNP) member Terrence Forrester is known to have expressed an interest in contesting the seat for NDC in the upcoming election.

The ruling party endorsed Infrastructure Development Minister Norland Cox at the end of January as its Caretaker/Candidate for the constituency.

NDC is due to release the names of about seven of the candidates already selected for the general election.

The names of two former officials in the Ministry of Education – one an ex-Chief Education Officer and the other a former School principal on the western side of the island – have been floating around as potential candidates in St Andrew South-east and St George North-west.

A party insider said Congress is planning to finalise the full slate of candidates within a matter of days.

NDC is known to be facing a challenge in the St Andrew North-west constituency as two prospective candidates Phillip Alexander and Gloria Charles are not prepared to back down for the other.

There are reports that a local pollster has been contracted to help the party identify which of the two has the more popular support in the constituency, as well as the four or five persons who are also lined up for the neighbouring St. Andrew South-west constituency.

Among the persons who applied for consideration of candidates for the seat are former Calypso monarch Elwyn “Black Wizard” Mc Quilkin, former Deputy Permanent Secretary in the Ministry of Finance, Lennox “Toes” Andrew and Garvin Pierre, a small businessman.

Former Opposition Leader Michael Baptiste has also announced his intention to contest the seat on a ticket of the once feared Grenada United Labour Party (GULP) of late Prime Minister Sir Eric Gairy.

THE NEW TODAY understands that the first batch of NDC Candidates will be launched Wednesday at Helena’s restaurant in Sauteurs, St Patrick between 10.00-11:00 a.m.

A party official said that after the launch, there will be a drive through the constituencies from Sauteurs down the west coast ending in St David, the constituency in which Dickon Mitchell will be contesting the seat as a first timer in the political arena.

“We are asking all members and supporters to gather in Lalay Junction by Tonia’s shop and Samaritan bridge to greet the candidates. If you have a car, you can also join the drive through,” he said.

Both the NNP and NDC have stepped up their political activities on the island with pundits predicting the election could be held no later than May.