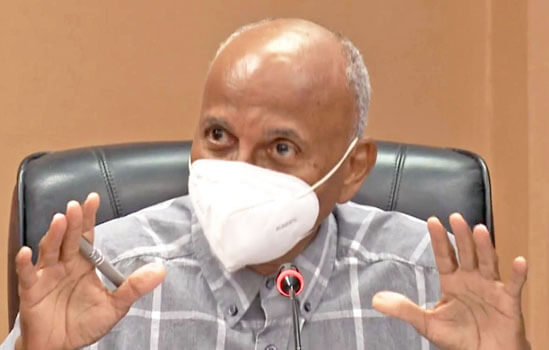 Grenadians are once again reminded of the call to vaccinate against the coronavirus, with announcements this week of plans to stage a “mini carnival effect extravaganza,” during the third Test Match between England and the West Indies, scheduled to be played at the Grenada National Cricket Stadium from March 24-28.

“We want to have a mini-parade on the opening day,” playwright Ricardo Keens-Douglas announced during last Tuesday’s post-Cabinet media briefing in St. George’s.

Keens-Douglas is the organizer of the event, which seeks to highlight various aspects of the Grenadian Carnival parade “in a controlled way.

“So, you would be performing and jumping up but you wouldn’t be jamming up because there will be the social distancing,” said Keens-Douglas who described the proposed Carnival-like activity “as a great opportunity for Grenadians to release” after having two (2) years of no Carnival.”

He also spoke of plans to utilize the usual “45-minute lunch breaks,” during the Test match to stage “mini-shows to “showcase what we have to offer”.

“So, the short knee, Vieux Croix, Moco Jumbie, Bélé Dancers… the excitement of the drums, and the rhythm sections, the music, soca artistes, calypso singers, there will be a posse stand where they will be performing, and the energy will be right around,” added Keens-Douglas, who indicated that there would only be “15 to 20 persons per section.”

The event organizer made a call for interested individuals to participate in the 5-day event but warned that only vaccinated individuals will be allowed to enter the National Stadium on match days.

He pointed out that a “fan zone” will also be set up outside of the Stadium, where local arts and crafts will be displayed for sale, which will be one of the highlights of the event.

Ambassador to the CARICOM, and Chairman of the Grenada National Reparations Commission, Attorney-at-law Arley Gill, is working along with the Grenada Tourism Authority (GTA) to put on the show, which can also be viewed as a marketing strategy to attract increased visitors to the island amidst the coronavirus pandemic.

The West Indies/England Test Match series will see the two teams compete for the newly created Richards-Botham Trophy, a new name that was given after both the England and Wales Cricket Board (ECB) and Cricket West Indies (CWI) agreed to retire the Wisden Trophy.   The new trophy honours legends, Sir Vivian Richards, one of cricket’s greatest batsmen who scored more than 8,500 runs in a 121-Test career, and Sir Ian Botham, the legendary all-rounder who scored more than 5,000 runs, and took 383 wickets in 102 Tests.

The GTA Chief Executive Officer (CEO) Barbadian-born Petra Roach who also commented on the initiative during the post-Cabinet press briefing described it as a “massive opportunity for us” to showcase the “Grenadian vibe” to the world.

“We have three (3) test matches, and Grenada is in the mix with Antigua and Barbados…we are going to have the eyes of the cricketing world on Grenada. So, it (the cultural experience) has to be fantastic, everything about the music, culture, dance, food, the mixology – all of that is going to be wrapped around that experience which is, it’s not just the cricket, it’s the vibe,” she told reporters last Tuesday.

The Keith Mitchell government has allocated “$5 million” of its EC$1.3 billion 2022 budget to refurbish the National Cricket Stadium,” in preparation for impending Test Matches between West Indies and England.

The EC$ 5 million investment has been severely criticized in some quarters, with the Political Leader of the main opposition National Democratic Congress (NDC) Dickon Mitchell, among the critiques contending that the government was investing too much money in non-productive sectors as opposed to pumping funds into the productive sectors to grow the Grenadian economy.