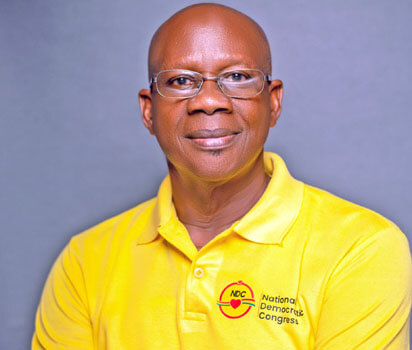 A former high-ranking member of the Ministry of Finance in the 2008-13 period has dropped hints that the issue of late salary payment under the then National Democratic Congress (NDC) administration of Prime Minister Tillman Thomas was a deliberate act of sabotage.

Former deputy Permanent Secretary in the Ministry of Finance, Lennox “Toes” Andrew who is running for the St Andrew South-west seat for Congress in the June 23 general election told a Town Hall meeting at the Deluxe Cinema in Grenville on Wednesday night that the late payment of the salary by one day should never have happened under the watch of Finance Minister, Nazim Burke.

The Permanent Secretary at the time was Timothy Antoine who is now Governor of the St. Kitts-based Eastern Caribbean Central Bank (ECCB).

Andrew did not call any names but said it is well known that the first payment any government makes from its revenue collection is its employees like civil servants.

He said. “I am saying that because wages and salaries have first claim on government resources. What that means is that whatever monies the government collects from tax, non-tax and other sources its first payment must be for its workers. So before it pays interest on loans to the IMF and IMF won’t tell you who to pay. Before it makes any other payment it must first pay its workers.”

The former senior government employee addressed the issue in light of reports making the rounds that heavy campaign finance spending by the ruling New National Party (NNP) government of Prime Minister Dr. Keith Mitchell might deplete the Treasury to the point that an incoming administration will face a cash flow problem.

According to Andrews, government always has enough money at its disposal to pay its workers and talk about an empty Treasury “is really a political statement to gain sympathy from the population when a new government comes into play.”

He said that government is a continuum and that taxes “are always being collected so there is always a stream of income flow coming into government.”

“Government is a very powerful institution and if a government is hard-pressed in any one month to carry out its basic expenditure needs there are many sources that it can turn to, to get those monies and those sources are not just only domestic – they are also external,” he added.

Andrew cited instances when the Ministry of Finance was facing grave financial difficulties following the passage of Hurricane Ivan in 2004 and “we didn’t have money to pay salaries.”

He said the government can look at many sources “if in any one given month its resources are insufficient for a number of reasons.”

“It can turn to the Eastern Caribbean Central Bank of which it is a member and where I worked for a number of years. The Eastern Caribbean Central Bank has a facility to give you two-thirds of the last three months of your recurrent revenues. So if for the last 3 months you collected 3 million dollars in tax and non-tax, the ECCB can provide you with two-thirds of that. So that is one source we can tap too and that is quick disbursing.

Government has an overdraft facility in the commercial banks. So if at any given point in time we don’t have enough money we make use of that overdraft facility. If the overdraft is filled we will still say to the bank to pay our salaries and they will honour it because we are the government.”

Andrews also recalled the kind of financial assistance given to Grenada in the form of grants by late Prime Minister Patrick Manning of Trinidad & Tobago in the aftermath of Hurricane Ivan.

“After Ivan we didn’t collect enough tax revenue to pay workers. Salaries then were around $20 million a month. We called the government of Trinidad & Tobago of the late Patrick Manning. He gave us every month for 10 months US$5 million every month in grants to pay workers,” he said.

The former high-ranking civil servant disclosed that the finding of money is not so much an issue for government as it can also turn to some international financial organisations that have been set up specifically to provide financing for developing countries like Grenada.

Andrew said that a government can source funds from these institutions for building schools, bridges and roads by submitting project proposals for possible funding and will be approved once they are feasible.

“So, don’t worry your heads too much about empty Treasury. We in the NDC, we have had the exposure and we know what to do to find money to look after the needs of our people.”

Prime Minister Mitchell and his NNP have been campaigning heavily on the failure of the Congress government nearly a decade ago to meet its monthly salary obligation by a day to public officers.