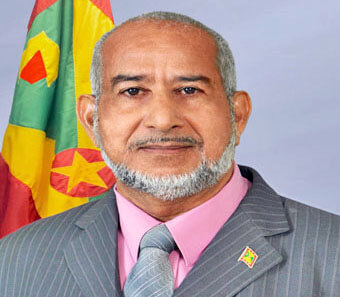 Former government minister and Member of Parliament for St. Patrick West, Kenny Lalsingh sees education as the key to helping Grenada get out of the Covid-19 crisis which has seen more than 135 deaths among locals in the past month.

In an exclusive interview with THE NEW TODAY, the outspoken Lalsingh said that a lot of Grenadians are very ill-disciplined and not following the Covid-19 protocols as outlined by the Ministry of Health to tackle the coronavirus pandemic.

“The more I reflect I see the failure in educating and instilling discipline in people as they grow up is the problem,” he said.

“The children go to school when they want, do what they want – so all of a sudden you cannot tell them follow discipline. Their life has been “I do what I want and if I do as I want no teacher could flog me,” he added.

According to Lalsingh, the American style of education has crept into the Grenadian society and along with it comes that aspect of no punishment for students from their teachers in the classroom.

The ex-government businessman pointed to a culture of disobedience that has now engulfed the young people in the country.

“It’s difficult to change somebody after they have been doing something for many, many years – to change to a rigid discipline is a difficult thing. That is the problem not only in Grenada but the whole world,” he added.

According to Lalsingh this is now a worldwide problem “as we have allowed people to do what they want, when they want, how they feel and now you want to discipline them”.

He expressed concern with the weekend shutdown as implemented by the Keith Mitchell-led ruling New National Party (NNP) administration as part of new measures to tackle the spread of the deadly coronavirus which saw virus cases jumped from just over 180 a month ago to over 5000 in a month – the most by any member territory of the sub-regional grouping known as the Organisation of Eastern Caribbean States (OECS).

Lalsingh said that people are on the hunt for food on Friday and flock to supermarkets for items and in the process they gather in large numbers, bouncing shoulders and this can easily turn into a super-spreader moment for Covid-19 to strike at the heart of the population.

He lauded the measures that were put in place by Prime Minister Dr. Ralph Gonsalves of neighbouring St. Vincent & The Grenadines to tackle Covid-19.

He noted that Gonsalves did not lock down the country and stopped commerce but did take some strong measures including the wearing of masks and social distancing to help fight the deadly virus.

“I like the St Vincent model. Prime Minister Gonsalves didn’t do like Grenada, he didn’t shut down but he took strong measures.

Lalsingh expressed reservation with some of the tough measures which Prime Minister Mitchell instituted in Grenada to curb the spread of Covid-19.

“I am not sure if that is the right thing,” he told THE NEW TODAY.

According to Lalsingh, despite whatever measures are used in the fight against the virus, it all goes back to the issue of “how we train and grow our people and that is a reflection of what is happening today.”

He likened the situation as calling on people to pray now for their salvation but the schools do not teach them how to pray.

“We have to be consistent – we have to pray,” he said.

Lalsingh disclosed that in his own business, Kalico Enterprises prayers are said daily whenever a shift comes to work.

He said: “In my shop every time a shift comes on, they have to pray, they have to gather, they have to worship and also every day a different worker will read a quotation or a word for today or advice to all the staff. I train them to do that and they have to do it.”

The businessman also told THE NEW TODAY that a false sense of success had led the authorities to believe that Covid-19 did not affect Grenada in any significant manner in the first wave and that everything was looking alright.

He said the virus eventually came ashore and the island has a lot of careless people who did not follow the protocols and allowed it to run amok in the community.

“I think what is happening to Grenada is what has happened to all other countries. Some people believe that it cannot catch them and the problem here is that so many people are against the vaccine,” he added.