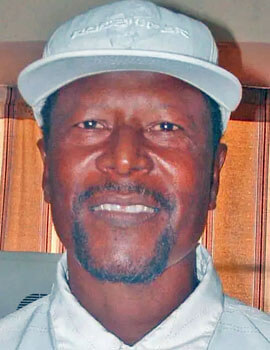 Despite an air of invincibility following back to back 15-0 clean sweeps of the polls in the 2013 and 2018 general elections, some of the operatives of the ruling New National Party (NNP) of Prime Minister Dr. Keith Mitchell are concerned with the attitude of several members and supporters.

One of the political activists, former revolutionary soldier Kennedy Budhlall has been complaining on a rural radio station that NNP supporters are their worst enemy in that they believe that the party has already won the upcoming general election and that there was no need to engage in campaigning.

Budhlall has been accusing some supporters of adopting the dangerous attitude that “we win already” and that could be detrimental to the ruling party’s chances at the upcoming polls.

According to another NNP activist, this is a malaise that is affecting the ruling party and creating chances for the main opposition National Democratic Congress (NDC), now led by its youngest ever leader, 44-year old attorney-at-law Dickon Mitchell.

He expressed fears that if NNP does not arrest the situation that it might be on the “verge” of losing the government given the level of complacency and the unwillingness of many supporters to do the field work that is necessary to win out on polling day.

He said the party can find itself in difficulties in both the St. Patrick and St Patrick west seats, as well as Carriacou & Petite Martinique, St David, St Andrew North-west, St Andrew South-west, and to a lesser extent St John due to the lack of commitment of party workers to do the groundwork.

He told THE NEW TODAY that the ruling party is closely monitoring to see who will represent the NDC in the rural St Patrick East seat in which former school principal, Pamela Moses is the current Member of Parliament for the Constituency.

He spoke of hearing the name of a popular mass band leader being linked to Congress and expressed fears that this individual can pose a serious challenge to the incumbent.

The political activist noted that the individual is from the key River Sallee village which has often tilted the balance in favour of NNP on Election Day and the presence of the individual on the ballot box for NDC can significantly open up the race and prove to be negative for the ruling party.

According to the source, Education Minister Emmalin Pierre (St. Andrew South-east) and Kate Lewis (St. Andrew North-east) are the two strongest Members of Parliament on the government side at the moment in “the big parish.”

The NNP insider said the ruling party would like Congress to put up Phillip Alexander, the losing candidate in the 2018 general election once again in St Andrew North-west against Social Development Minister, Delma Thomas and not Gloria Thomas who is seen as more of a dangerous challenger in the constituency.

He expressed fears that the ruling party is no longer in a dominant position in the South St George constituency following reports that NDC is wooing Andy “Hot Spot” Williams, a popular businessman to run on its ticket on Polling Day.

NNP is planning to put up Infrastructure Development Minister, Senator Norland Cox as its candidate for the seat following the decision of Health Minister Nickolas Steele not to seek re-election to sit in Parliament.

According to the NNP insider, it is more talk than substance coming from the ruling party about winning the South seat as they recognise that “Hot Spot” will pose a serious problem for Minister Cox who is from the sister isle of Carriacou.

“There’s no way Cox could beat (Hot Spot),” he remarked.

The activist pointed out that PM Mitchell should realise that he cannot just put “a crapaud” to run as a candidate in a constituency and expect the people to accept it like was the case with Minister Steele in South St. George in the 2018 general election.

He said this is the reality that NNP has to face up to and that the party will “have to wake up to that.”

He stressed that the NNP is privately concerned that “Hot Spot” will pose serious challenges in some of the big Polling Divisions in places like Calliste, around The Stones near to the Grand Anse Post Office where he has strong family ties, as well as Grand Anse Valley and Mont Toute.

In addition, he said that “Hot Spot” is “a youth man” who might be able to attract the young voters to his camp.

He added that the potential candidate for Congress in the south of the island has youth on his side and the young people are expected “to hang with him.”

He said the NNP is nervous that the young and popular businessman will be able to get young people to come out in droves with him to do the actual political work on the ground like house-to-house visits in the coming weeks.

THE NEW TODAY was also told by the NNP activist that the party’s foot soldiers are somewhat concerned with the St John seat given the fact that Congress has selected a young female to be its candidate against Fisheries Minister Alvin DaBreo, a two time winner of the constituency.

He pointed out that DaBreo now falls into the category of “an old man” while NDC’s Kerryne James who is much youthful might be able to attract the youth vote and pose a challenge to the ruling party’s dominance in the constituency in the last two elections.

He felt that the NDC is already showing signs of being “more energetic” in the constituency than NNP at the moment, especially in Gouyave.

“The NDC candidate is more energised,” he said.

According to the activist, a negative for the NNP going into the election is the fact that Prime Minister Mitchell has aged a lot and is no longer “the brisk lion of yesteryear” and this is a cause of concern within some sections of the NNP camp at the moment.

He anticipates that NNP will most likely step up its “propaganda” offensive against Congress in order to try and win the upcoming election as the ruling party is showing signs of being “very, very desperate” at the moment.

Both the NNP and NDC have stepped up their campaigning with some analysts predicting that Prime Minister Mitchell could set the date for the election sometime between March and May.