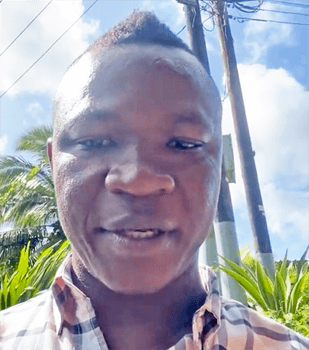 This view has been expressed by Political Activist Kem Jones during his ‘The Eagle’s Eye Talk Show on Tuesday, as news circulated throughout the country that Barbados’ Prime Minister Mia Mottley will be the feature speaker at the ruling New National Party (NNP) Convention to be held on Sunday.

In his usual fiery speeches, Jones lamented that political parties, and leaders who have lost popularity, credibility, and legitimacy to govern “tend to get a popular leader within the region or internationally to be the feature speaker at their convention with the hope that they would get a jolt in the polls, with the hope that that leader will kinda bring back some semblance of popularity, likability, and winnability.”

The aging 75-year old Grenadian leader is said to be confident that the NNP will win all 15 seats at the polls and become the only party in the Caribbean to emerge victorious in an election with three clean sweeps against political opponents.

NNP’s General Secretary, Roland Bhola has said that PM Mottley, who has emerged as a popular figure with a “powerful regional following” is expected to address regional and global matters and their effects on us in Grenada and the wider Caribbean” in her address to NNP members and supporters.

Last month, she called General Elections in Barbados, 18 months before it was constitutionally due, and led her Barbados Labour Party (BLP), to win a second straight term in office through another clean sweep of all 30 seats at stake.

Although the NNP has traditionally invited dignitaries from outside of Grenada to address its convention whether there is an election or not, Kem Jones took time to note the popularity of the Bajan Prime Minister, who has been a leading voice on the world stage specifically on issues affecting Caribbean nations.

The talk show host charged that Prime Minister Mitchell, who has served in that capacity for the most part of the last 30 years in politics has become “useless, lost legitimacy to govern, and is desperate to be liked again or to be seen as relevant again.”

“NNP is not seen as the party (it was) when they started, or 10 years into their reign…they have been there for almost three (3) decades but what have we achieved as a nation, as a people?

“…Just take a tour throughout the rural parts of the country, and you will see not much has been done in those rural communities.”

Jones highlighted some of the tactics used by the NNP in the past especially during the months leading up to General Elections.

He singled out the usual increase in the poor relief assistance programme, the issuing of hand-outs, and temporary programmes for the nation’s youth among other initiatives, which are perceived as tactics “to get people to ultimately support them.”

The NNP convention, which will be held under the theme: “NNP: Tried, Trusted and Delivering,” will also be addressed by former island scholar, Akima Paul-Lambert, who is currently a lawyer in the United Kingdom.

NNP insider have tipped Paul-Lambert as the person most likely to replace Dr. Mitchell as the next party leader and have been dropping hints that she might contest the rural St Mark seat in the upcoming general election instead of the veteran Tourism & Civil Aviation Minister Dr. Clarice Modeste-Curwen.

THE NEW TODAY cannot independently confirm reports that the NNP hierarchy has been attempting to woo Paul-Lambert with the offer of Deputy Prime Minister in a new government and to take over after PM Mitchell serves a full term after the upcoming general election.

The morning session of the NNP Convention will be closed to the public for the party to deal with internal affairs but the second half will be streamed live on various social media platforms.