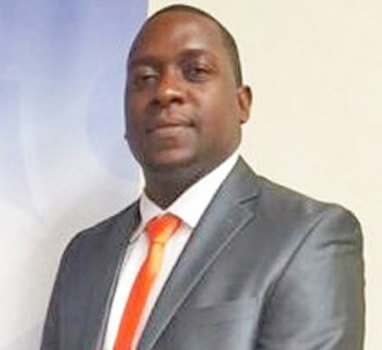 Ruel Edwards – was never questioned by the Integrity Commission

The investigation undertaken by female attorney-at-law Anande Trotman-Joseph and members of the Integrity Commission into alleged massive wrongdoing at the state-owned Marketing & National Importing Board (MNIB) under the stewardship of former Chief Executive Officer (CEO), Ruel Edwards turned out to be nothing but “a sham” and “a smokescreen”.

This view was expressed to THE NEW TODAY by a prominent member of the legal profession after hearing reports that the Commission had concluded its probe and handed the results to the Director of Public Prosecutions (DPP) without ever interviewing Edwards.

According to the attorney, the commission did not hold a single session with the former Chief Executive Officer during the two year life span of the investigation.

Trotman-Joseph called a press conference in 2019 to announce that the Integrity Commission had decided to conduct the probe into MNIB following reports in THE NEW TODAY about alleged misuse of the funds of the Marketing Board including the purchase of expensive first class airline tickets on several overseas outings by the CEO and his Secretary.

Another of the reports pointed to the state body running into severe financial difficulties and having to repeatedly approach the government for bailout support as it could not pay suppliers for their goods and services.

The investigation was bogged down in court for several months as Edwards’ attorney, former Attorney-General, Cajeton Hood had filed an action in court seeking to get Prime Minister Dr. Keith Mitchell who was the MNIB Line Minister at the time to substantiate some allegations that he made against the former CEO.

The Prime Minister claimed that a lot of things had gone wrong at MNIB which was set up by the 1979-83 People’s Revolutionary Government (PRG) to assist farmers and not the needs of “a few.”

He said, “Marketing Board was meant to maximize the production of the agricultural sector and put more money into the hands of farmers. It was not meant to become another government bureaucracy that satisfies the friends and political affiliates.”

According to the source, the court action was withdrawn by Hood and Edwards clearing the way for the commission to conduct its probe and to interview the former CEO.

“It was made very clear in the court matter … and they chose not to interview him. They never interviewed him,” said the source.

The attorney pointed out that he is aware that in the initial stages of the probe, the Integrity Commission had tried to contact Edwards who had left Grenada to take up a job assignment first in neighbouring Trinidad & Tobago and then Guyana.

In the face of the impending probe into the statutory body, the former MNIB executive was forced out by government from the post that he held in the Ministry of Finance and the matter of his dismissal is currently before the law court.

The source said he is aware that attorney Hood had put forward a position to the Integrity Commission to undertake the cost of providing Edwards with an airline ticket and associated cost with leave of absence from work in order to subject himself to be questioned as part of the investigation.

“They said … they were willing to do that – they were free to interview him. He was not even interviewed,” he quipped.

The attorney told THE NEW TODAY that the assignment being undertaken by the Integrity Commission with respect to the MNIB was nothing but a sham from beginning to end.

He described the undertaking as “a cover-up” and “a distraction” to get Grenadians to look at Edwards as culpable for wrong-doing but not the role played in the entire saga by Prime Minister Mitchell who was presented with several reports from the Board Chairman, Samuel Andrew on happenings within the state body but did nothing to address the situation.

According to the source, the fact that Edwards was not interviewed by the Commission head, Trotman-Joseph and her team meant that he was not a person of interest in the investigation.

The extent of the mishandling of the MNIB funds came into the public domain by former Chairman Samuel Andrew in a statement made in 2018 following reports of wrongdoing at the state body.

The statement said in part: “Initially, the parlous state of finances at the MNIB was only revealed to me when a colleague telephoned me to indicate that a foreign sugar supplier was seeking redress for the payment of outstanding amounts for sugar supplies after numerous successive undertakings to pay from the CEO were not honoured.

There is nothing that the Board or the Chairman could have done differently in circumstances where they were denied critical financial information.

It was the duty of the CEO to report, honestly, accurately, timely and objectively, on the operations of the Organisation to the Board of Directors following the unwritten but agreed protocol of full engagement and full disclosure.

Realistically, the Board can only function effectively and make effective decisions based on full disclosure of information and sound information coming from top management via the office of the Chief Executive Officer.

I wish the new Chairman well but would like to proffer some advice, especially in view of the process that landed the MNIB in the unfortunate position it now finds itself.

There is a compelling need for the Board to craft new employment contracts for top management of the MNIB and, particularly and urgently, for the position of Chief Executive Officer.

In the case of the CEO, the employment contract must include a clause on full disclosure to the Board of all pertinent matters, financial and otherwise, in order to guarantee effective decision making at the Board level.

Such a contract should have clear, strict and direct consequences for concealment or non-disclosure of information to the Board which deemed by the Board could have the undesirable effect of placing the organisation at dire risk.

As a committed farmer, and one who is totally committed to the noble cause of the development of the agriculture and agribusiness sectors of the economy, and as a conscientious and patriotic Grenadian, I wish this national icon – the MNIB -greatest success in the future”.