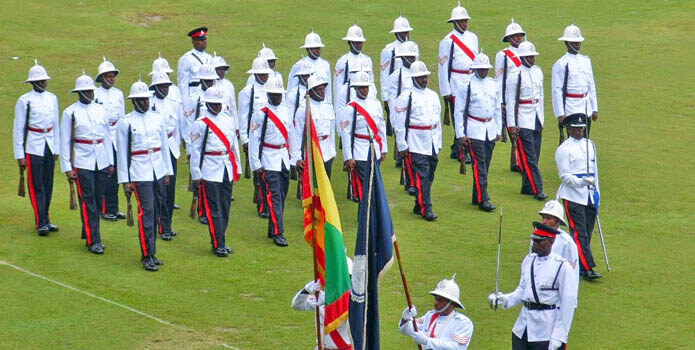 The Integrity Commission (IC) of Anande Trotman-Joseph is fully aware of allegations in the public about senior police officers engaged in the sexual abuse and molestation of female officers within the Royal Grenada Police Force (RGPF) but has no plans at this stage to mount an investigation into the matter.

A source within the Commission told THE NEW TODAY that this issue is something that should be handled by the Public Service Commission (PSC), the body recognised in the Grenada Constitution for the conduct of senior officers within the Police Force.

However, he said that the IC is very much aware of the recent reports about the allegation and its technical team are looking into certain aspects but did not give further specific details.

“This (allegation) has bearing on disciplinary procedures and processes and so on and lies with the Public Service Commission because they have certain Standing Orders and so on,” he said.

“We are looking at it with a view to trying to determine where jurisdiction really lies given the nature of the allegations,” he added.

The official went on to say: “We have begun looking at it from the Technical side, meaning on the side of the professional staff but not yet taken to the commission.

“I believe that it may be with the Public Service Commission but we are reading (the reports in the local media) and looking,” he said.

The official did not rule out the possibility of the IC body doing some kind of an investigation into the allegations leveled against these senior police officers and passing on its findings to the PSC for possible action.

“We could but given the nature of it – sometimes it is important to have some collaboration,” he told THE NEW TODAY.

The senior IC member stressed that it is important to do it along those lines in collaboration with the PSC because when it comes to the question of Disciplinary action against senior police officers “we don’t have any powers in that regards – only the Public Service Commission would.”

“We are looking at it but we haven’t had a chance yet to take it to our Commissioners,” he remarked.

He iterated that it is only the technical side of the Integrity Commission that is currently involved in the process and after its review is completed “we will take it to the (Governing Board of the Integrity) Commission and then we will interface with the Public Service Commission where that aspect of it may reside.”

“I am not telling you at this point that we cannot, would not, may not but we are basically looking at it to see what is what and who is responsible for what.

It doesn’t mean that we can’t make a suggestion or something like that or pass on a recommendation to the Public Service Commission. I am thinking that they have a direct responsibility to take action here.”

The IC member pointed out that their involvement is only preliminary at the moment given the fact that the IC Commissioners have not had a chance to look at the allegations against these senior police officers in detail.

Police Commissioner Edvin Martin has admitted at a press conference that during a meeting held just over two weeks ago with female officers of the force the issue was discussed which prompted him to appoint a 3-member “Focal Point” body headed by a female Acting Superintendent of Police to look into the matter.

The name of one member of the Police High Command was also given as the person involved in the nude photo scandal with a female Traffic Warden assigned to the Traffic branch within the Grenville Police station.