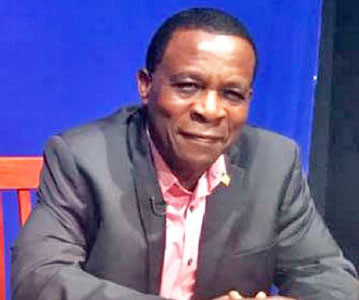 Prime Minister Dr. Keith Mitchell has told the Social Partners grouping on the island that his ruling New National Party (NNP) administration will not appeal last week’s high court ruling that went in favour of public sector unions on billions of pension payments to be made to workers.

The Prime Minister reportedly gave the assurance at a meeting Tuesday conducted on the zoom platform with representatives of the Grenada Chamber of Industry & Commerce (GCIC), Grenada Hotel & Tourism Association (GHTA), Grenada Trades Union Council (GTUC), the Conferences of Churches of Grenada (CCG), as well as the Alliance of Evangelical Churches (AEC).  The government delegation was headed by Prime Minister Mitchell, and included Minister of Finance, Gregory Bowen and Attorney General Dia Forrester.

According to a source, Dr. Mitchell told the Social Partners grouping that his administration was not going to appeal the ruling from high court judge, Justice Raulston Glasgow which now forces the state to find billions of dollars to pay civil servants monies owed to them in pension covering a near 40-year period.

“What he (Dr. Mitchell) did say is that they need some clarification about how the laws are going to be implemented, and you could say that is an appeal but he said they aren’t going to appeal but they weren’t clear,” he said.

“He actually said it about two or three times. He said he was not going to actually appeal it but he then implied that there were legal issues with which law they were going to apply to the pension – so he was sort of speaking out from both sides of the mouth.

He said categorically that he wasn’t going to appeal it but then he said we don’t know which law has to be applied to the pension – whether it was the NIS law, the 1983 Pensions Act. He must be wondering what the hell he is going to do next quite frankly”.

Justice Glasgow ruled that the Pension Disqualification act that was passed by the 1979-83 left-leaning People’s Revolutionary Government (PRG) of late Prime Minister Maurice Bishop to prevent persons who joined the public service after 1983 was null and void and unconstitutional.

The ruling recognised the Constitutional pension that was provided for public officers when Grenada attained its independence from Great Britain on February 7, 1974.

The PRG had suspended the constitution when it seized power in a 1979 coup d’etat against the elected Eric Gairy government and created the National Insurance Scheme (NIS) in 1983 to provide pension for public sector workers.

According to the source, he came out of Tuesday’s Social Partners meeting with the clear impression that the government’s own legal officials did not have “a clue about what they are talking about.”

“They waffled on about this, that and the other. As far as I see it the country has locked itself into a position that they can’t extricate itself from,” he said.

The source pointed out it is now clear that “a few people are going to win a huge sum of money and the rest of us are going to pay for it” given the judgement handed down against the State.

The source blamed the current NNP administration of PM Mitchell for this state of affairs with pension since this issue should have been sorted out in the 1990’s and not nearly 40 years later.

Dr. Mitchell is Grenada’s longest serving Prime Minister and has run the country since 1995 with the exception of one term between 2008 and 2013 when the National Democratic Congress (NDC) under Tillman Thomas was voted into office.

The source charged that PM Mitchell “is culpable – he should have sorted this out a long time ago.”

He also said that he does not know how the State is going to pay the huge sums of money owed to public sector employees over the years.

Asked whether a figure was given on the monies owed, he said that Finance Minister Bowen did not give a ballpoint sum but hinted that it was billions and not millions.

“It’s a huge sum of money,” he remarked.

The Social Partner member charged that Grenada is virtually bankrupt and the administration in St George will be hard pressed to find the money to make the payments due to public officers.

“I think they (government) got themselves into a situation that is impossible and the unions are gloating,” he remarked.

According to the source, the members of the business community who attended the meeting hardly said anything during the entire session but listened carefully to the government leaders on the issue.

“The reason is very simple – if they (government) are going to raise taxes as they will have to, you will find many businesses will close down because what’s the incentive for any young entrepreneur or even an established business to stay in business if everything they make going in taxes,” he said.

“The government has to be very, very careful when they start thinking of putting up taxes which is what Bowen said, Bowen made it categorically clear he’s going to have to raise taxes,” he said.

Asked if the Finance Minister used those precise words, he said: He (Bowen) didn’t say it in so many words but the implications were that in order to get the GDP (Gross Domestic Product) and debt ratio correct, the government will have to find money. He didn’t say how but where else does the government get money except taxes or CBI (selling passports). So we have a problem.”

The Keith Mitchell-led government is yet to meet with the public sector unions to address the billions of dollars owed to their members in Pension.