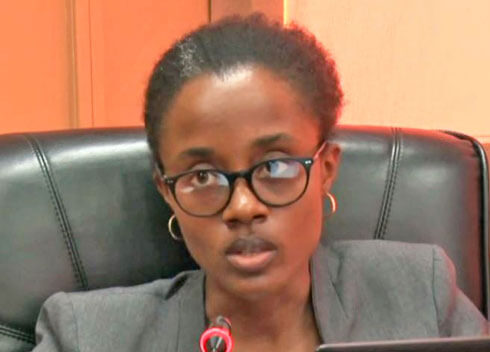 Preparations are ongoing to undertake negotiations of contractual terms for constructing the highly anticipated Halls of Justice, a building, which will centralise the Supreme Court Registry, Supreme Courts, Magistracy, Mediation Center, and the Masters Chambers.

Speaking to reporters at a recent post-Cabinet press conference, Attorney General, Dia Forrester said that Cabinet has approved the plans for the new Halls of Justice.

“…Now that it has been approved we are moving towards the stage of financing, and actual construction…so, the negotiating of the contractual terms of that process are now to be undertaken,” she said.

The long awaited Halls of Justice project falls under the Keith Mitchell government’s (BOLT) initiative, which is a (Build, Operate, Lease, Transfer) arrangement policy, geared at saving financial resources on the rental of government’s facilities and the creation of jobs.

She also provided an update on the e-litigation system, which was introduced on the island June 21 and is expected to “enhance the ease with which individuals interact with the judicial system at various levels.

“It will cut the time in which matters are attended to and very soon individuals would start seeing matters are being dealt with faster,” she said.

“…The portal is accessible 24 hours daily, weekdays, weekends, holidays, and we do work on all those days based on the demand of the job as counsel,” she said while indicating that the Supreme Court Registry will also facilitate the lodging of matters on the e-litigation Portal on behalf of “self-represented litigants.”

The female AG also sought to give assurance that although potential Internet service interruptions may arise it will not be enough to hamper the system.

She acknowledged that while Internet connection issues may arise from time to time “those brief interruptions will not cripple the system.”

President of the Grenada Bar Association (GBA), and former Attorney General James Bristol QC, is of the view that while e-litigation means one can file matters online easier, and cheaper, it does not necessarily mean the pace of the actual dispensation of justice will be any different when considering the heavy backlog of cases in the system.

The newly decorated Queens Counsel who is Principal legal figure in the law firm of Henry, Henry & Bristol said that “e-litigation would not cure the backlog issue” now facing the court system.

“What it does is reduce the cost of litigation, and make the law easier but we still have a backlog. The system is still a mess,” he said, noting that “the government has yet to truly deliver” on improvements in the legal system.

“And when I say the government, I mean the Government of Grenada as from time to time reflected in a political party in power. So, it doesn’t mean it’s a political party problem, it just means there is a governance problem (in which over the last 30 years, governments) have failed to address the court system in Grenada properly, and it’s coming to a head now, where it got to be put right, and there is no excuse for it not being put right.”

QC Bristol is of the view that “if you don’t have a sufficient number of judges, research assistants to help the judges, courtrooms, a Deeds and Land Registry that functions, administrative staff to support the system, it is not going to move any quicker.”

“So, this is what we need (and) we need to get rid of the IMANIs out of the system, we need to have civil servants who are trained occupying the positions as they used to within the Supreme Court Registry and we need to have the salaries for judges, and a respect for the system, and the role that the judiciary plays within our Constitution in order to push this forward.

“It has been lip service after lip service, and I don’t think this government, or any government before now that I have experienced, has been truly serious about it, and I think they are letting down the entire population…a tree is made out of many roots and all the roots have to be digging deep into the fertile soil, but unfortunately we don’t have that (here), we may have a tree, which is withered but such are the roots that you may find are not digging into the fertile soil.

In 2010, the then National Democratic Congress (NDC) government, headed by barrister-at-law, Tillman Thomas announced that a 50,000-square-feet Halls of Justice building would be constructed on the site that once housed the official residence of the Governor General.

The Caribbean Development Bank (CDB), provided financing for the project to assist with a feasibility study and preparation of concept designs for the construction of new and upgraded court facilities, which did not materialise.

After Hurricane Ivan swept through the island in 2004, the High Courts in Grenada have operated out of several buildings until the Cable and Wireless/LIME building on the Carenage was selected to house the court.

However, in 2018, that building had to be vacated due to complaints of air quality and concerns over possible radiation which was said to have been emitting from a cell tower located nearby that caused court staff to become ill.

In a recent interview with reporters, outspoken Barrister-at-Law and practicing criminal defense attorney Anselm Clouden, called for accused persons to be given the right to select the mode of trial, which in his view would significantly “reduce the criminal list”.

However, Clouden was quick to also point out that this would only be successful “providing that you have a courthouse to accommodate them…”

“…We should as an independent judiciary make provisions for high court trials by judge alone, or judge and jury…and it is about time that this government think seriously about passing legislation as Antigua has done recently (where) an accused person can elect whether or not they want to be tried by a judge alone or a judge and jury…

“That is going to reduce the criminal backlog, and it’s going to bring swift justice to offenders, maintain, and sustain the independence of the judiciary…providing that you have courthouses to accommodate them. Imagine, they have a High Court in Queen’s Park in the stadium – isn’t it time that the people of this country stand up for what is righteous, right, and just, and stop what is happening.

“There is no regard for the independence of the judiciary and making the necessary accommodations for judges by way of providing more suitable courthouses, staff, and orderlies – where are we going? I ask.”