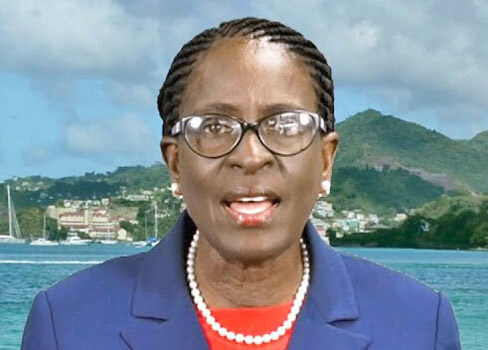 Dr. Clarice Modeste-Curwen - night landing is not a major problem in Carriacou at this time

The Keith Mitchell government in St. George’s is looking to source a Twin Otter plane to provide daily flights between the mainland and the sister isle of Carriacou, as it moves to address challenges presented with the reduction of flights by SVG Air, which now only provides chartered flights between the two (2) islands.

Tourism and Civil Aviation Minister, Dr. Clarice Modeste-Curwen announced at a post-Cabinet press briefing that Cabinet has given approval to a proposal from one (1) service provider to have at least “two (2) flights per day” between the Maurice Bishop International Airport (MBIA) and Lauriston airport in Carriacou.

The senior government minister did not disclose the identity of the new entity that is seeking to provide the service.

She said that although issues with COVID-19 and the availability of the twin otter have slowed discussions, negotiations are “back on track now, and are moving very aggressively.”

“It is critical to have a smooth flow of airlift between the mainland and Carriacou…and we hope soon that we can announce that we are ready to move,” she added.

Minister Modeste-Curwen told reporters that government has already accepted the service provider’s request for “what we call an MRG (Minimum Revenue Guarantee)” which is an agreement to back-fill potential shortfalls in the airline’s revenue and has “committed to subsidising the service” to ensure that it is economically viable for the provider, who is concerned over the irregularity of passengers along the Grenada/Carriacou route.

“…Travelling to Carriacou sometimes you have more demand than the plane can accommodate, and sometimes you have one (1) or two (2) persons, and we have had that complain about the irregularity of the number of passengers so that it was not reliable that you could get the number of passengers that would make it economically viable, and so the proposals that we had, did speak about the government subsidising to some extent, and the Cabinet has committed to that,” she said.

The Civil Aviation Minister disclosed that “a legal document is being prepared so that we can sign on the dotted line with that service provider as soon as possible.”

However, she pointed out that “one (1) of the difficulties is that no matter who we talk to the (19 passenger) twin otter, would have to be sourced (because) it is not as though you have one (1) there sitting and waiting.”

According to Dr. Modeste-Curwen, air traffic controller training has already begun as part of the Caribbean Regional Air Transport Connectivity Project (CATCOP), which is focused on improving the connectivity between Grenada and other islands.

“…Carriacou will get its share of that. So, whatever improvement is needed for day landing is being looked at as we look at getting the plane, and so on, and we are also looking at night landing but it is not a major problem at this time,” said the Minister who brushed aside questions posed by THE NEW TODAY, relating to the inability to night land at Lauriston Airport.

This was one of the concerns highlighted by the main opposition National Democratic Congress (NDC) caretaker candidate for Carriacou and Petite Martinique, Tevin Andrews, in a recent interview with THE NEW TODAY in which he raised concerns over what he described as a health crisis on the sister isle and cited night landing as a major problem.

However, Minister Modeste-Curwen responded saying, “I cannot say that we have a problem per say for night landing in Carriacou at this time because there is not a demand for night landing.”

She explained that about three (3) weeks ago she met with the Director-General of the Eastern Caribbean Civil Aviation Authority (ECCAA), which is the body that regulates civil aviation for some Eastern Caribbean islands, including Grenada, about facilitating the twin otter (for day landing) as soon as possible, and whatever requirements that need to be done.”

The senior government minister noted that “the issue of night landing was raised, especially now in terms of the shipping delays that are being experienced by importers (as) you have to order things way ahead of time to get it in a reasonable time that would let you do what you want to do in the timing that you have put down for it” with the team that “looked at certain things, and given us some responses as to what we need to do in terms of air traffic, and so on in Carriacou during the day time but we have spoken to them about getting night lights, and whatever is needed…”

“So, whatever improvement is needed for day landing is being looked at as we look at getting the plane and so on, and we are also looking at night landing but it is not a major problem at this time.

What we are contemplating is starting day flights, daily flights, morning and afternoon but we are also looking at facilitating night landing as well because we would like to see that happen.”