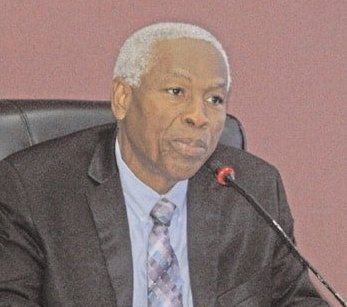 Amidst a surge in the cost of fuel on the international market and increasing cost of electricity on the island, Energy Minister Gregory Bowen on Wednesday announced plans to provide relief to citizens who are most affected as a component under the $36 million second stimulus package which was announced in August and will continue until December 2022.

The senior government minister, who also heads the Ministry of Finance, addressed the burning issue of increased electricity prices during the weekly post-cabinet media briefing in St. George’s this week and told reporters that in order for the Grenada Electricity Services Ltd., which is exempted from paying tax on fuel, to reduce the cost of electricity “some other tax type must move to help with that reduction in the price.”

“We are giving serious consideration to this, and now that we have all the stakeholders together, the Public Utilities Regulatory Commission (PURC), the Ministry of Energy (and) GRENLEC, we are sure that we should be able to come up with something but at the same time, once we take monies from another place, and put into there, we are again hard pressed. So, it has to be taxation coming from some other place that we have to take to say well Grenlec you charge a smaller price,” he said.

“It can be done by more than one way. Do we take out from the stimulus package an amount of monies that would go directly into the food basket for the persons, and spread it over the domestic sector?

“…You want the business sector to move as well – several of them are hurting – so, you may have to spread it right across the electricity spectrum.”

Minister Bowen is expected to expound on this measure when he delivers the government’s fiscal outlook in the 2022 National Budget next month.

Ten months ago the ruling New National Party (NNP) government of Prime Minister Dr. Keith Mitchell was forced to repurchase the majority of shares in GRENLEC from U.S-based company WRB Enterprises at a cost of US$63 million following a ruling from an international tribunal.

According to Minister Bowen, while the transition to 100% renewables is expected to reduce the cost of electricity, this is proving to be a “costly” venture, which may not be attained until 2030.

He cited the need for an estimated over US$200M to achieve this goal, which he said will make the fuel surcharge that is passed on to consumers “something of the past.”

The Energy Minister disclosed that government is working along with the Eastern Caribbean Central Bank (ECCB), International Monetary Fund (IMF), World Bank, and the International Solar Alliance among others to source “soft financing” in going forward.

Soft financing or soft loans are given with next-to-no or no interest with extended grace periods, offering more leniency than traditional loans and are sought after by developing nations that need funds but cannot afford to borrow at market rates.

“We have just come off the spring meeting with the World Bank, the International Monetary Fund, and the Green Climate Fund, and we are positioning ourselves, that is why we say that by 2030 we should be 100% renewable (but) this would take some investment…so, we are looking at soft financing”.

“We already have 15 megawatts identified in geothermal (energy),” the Minister said, noting that this “is a very costly exercise.”

“We are looking at ways to bring this on board quickly. It’s baseload (power) so it’s much better than wind and the sun,” he added.

Baseload power refers to the minimum amount of electric power needed to be supplied to the electrical grid at any given time.

Following the conclusion of the GRENLEC deal last December, the Keith Mitchell government in a press release announced that it had approached the World Bank and the International Renewable Energy Agency (IRENA) to procure the services of a world-class management company to operate the facility among other things.

However, Minister Bowen said that the price sought by the company to do the work was “quite high,” and so “as opposed to getting that company that would have charged a significant amount of monies, we have tailored it now into a consultancy and the consultancy will be working with the management of the company.”

The Number Two man in the administration is optimistic that government will achieve its goal to reduce the country’s carbon footprint by 40% of its pre-2010 level, with 100% of electricity generated through renewable energy, and 20% of vehicles being powered by renewable energy sources by 2030.

He noted that “we have 50% of our emissions coming from the electricity sector, and 50% from transportation,” and explained that the country’s fossil fuel emissions amount to “just a few metric tonnes per year,” which is significantly less compared to the rest of the world.”

Minister Bowen pointed out that achieving 100% renewably generated electricity, and the 20% reduction from the transportation sector “will tantamount to a reduction of our present emissions by 40%.”

He believes that about 20 to 30% of small private vehicle owners will have the wherewithal to purchase renewable energy powered vehicles “with the proper incentives, working with external partners.”