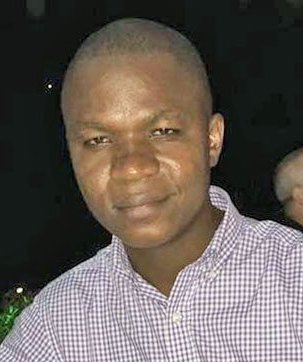 While the Keith Mitchell-led government in the Botanical Gardens has changed its vaccine mandate with exemptions for the dropping off and picking up of children at daycare centers, the opening of dive shops, and driving schools, it is still a requirement for the operation of businesses in several other sectors on the island, including barbershops, beauty salons, restaurants, bars, and retail stores.

Education Minister Emmalin Pierre announced adjustments to the COVID-19 regulations with no changes to the nightly curfew, during Tuesday’s post-Cabinet press briefing in St. George’s, amidst widespread outcry about the government’s vaccine mandate, which was imposed by Prime Minister Mitchell in his last national address.

According to Regulation 10 of the Emergency Powers Act, the businesses specified will not be allowed to operate unless owners or employees have produced a vaccination card reflecting that they have received at least one (1) dose of the COVID-19 vaccine.

Minister Pierre defended the government’s position on the request for persons and businesses to present their vaccination status and attempted to clear the air on perceptions surrounding the issue.

“Normally, this is referred to generally as mandatory vaccination. I just want to say (that) whenever (the) government makes this request, it is based on concern for the health and safety of those persons and that those persons do have a choice. So, you can choose to open now or to wait later when you have greater clearance,” she explained.

Political Activist and Radio Talk show host Kem Jones who attacked the Mitchell government’s vaccine mandate describing it as “a recipe for anarchy and chaos,” responded to the new exemptions in the COVID-19 regulations, stating that this is “the strategy that the government is using…mandating the vaccine in Grenada…because they know that they cannot pass a law.”

“So, they are strategically going after business places…The Constitution gives everyone the right to work…They know that they cannot just pass a law mandating vaccines and just get away with it (because) people are gonna resist it…So, what they are doing gradually, there are some business places, Syrian stores, supermarkets, hotels, just name it, people in the distribution industry, they have told their employees you have up to a specific time to get vaccinated and if they don’t they would lose their work,” Jones told listeners of his ‘The Eagle’s Eye’ radio programme on Wednesday.

“Grenadians, we have become so callous cold that we are seeing our brothers and sisters losing their work because the government is forcing the employer to force these people into being vaccinated…that you must be vaccinated to earn a daily bread in the country. How is that fair? Is there a law in place? Where did Keith Mitchell, Emmalin Pierre, and all these people (in the Grenada Cabinet) get that authority from? Where? Not the Constitution of Grenada, no,” Jones contended.

“Will you sit idly by, and allow this government to do this? Where (people) are losing their jobs,” he added, claiming that the vaccine mandate “is in sync with the Constitution,” and shows no regard for the affected workers and their families.

“This government doesn’t care whether you feed your family or not, all they are concerned about is vaccine, vaccine, vaccine…I hope you are taking note as to the kind of power that the people have given to those politicians,” added the political activist, who also cited the government’s concern with the decline in the number of persons returning to receive the second jab to become fully vaccinated.

He also noted that since the government commenced its vaccination drive in February last year only 30, 000 Grenadians have been fully vaccinated, while 7, 482 have taken the first dose.

Medical Officer in the Ministry of Health, Dr. Myanna Charles, who encouraged individuals to come forward to receive the second dose of the vaccine during Tuesday’s post-Cabinet press conference, explained that the efficacy is not as significant with just one dose.

“Your level of immunity or protection is not significant because you only received one dose of the vaccine. So, during that time (that you are not coming forward) you are still exposing yourself quite significantly. I would say if you are going to do something do it all the way,” Dr. Charles said.

Health officials have confirmed that vaccination cannot prevent COVID-19 infection or stop the spread, however, they believe that it can significantly reduce the spread, prevent illness, hospitalisation and death, and see herd immunity as the only way of returning to normalcy.

Even though two-thirds of the 110, 000 population are unvaccinated, including a vast majority of nurses, police officers, and teachers, data from the Ministry of Health showed on Wednesday that the COVID-19 positivity rate dropped to “4.6%.”